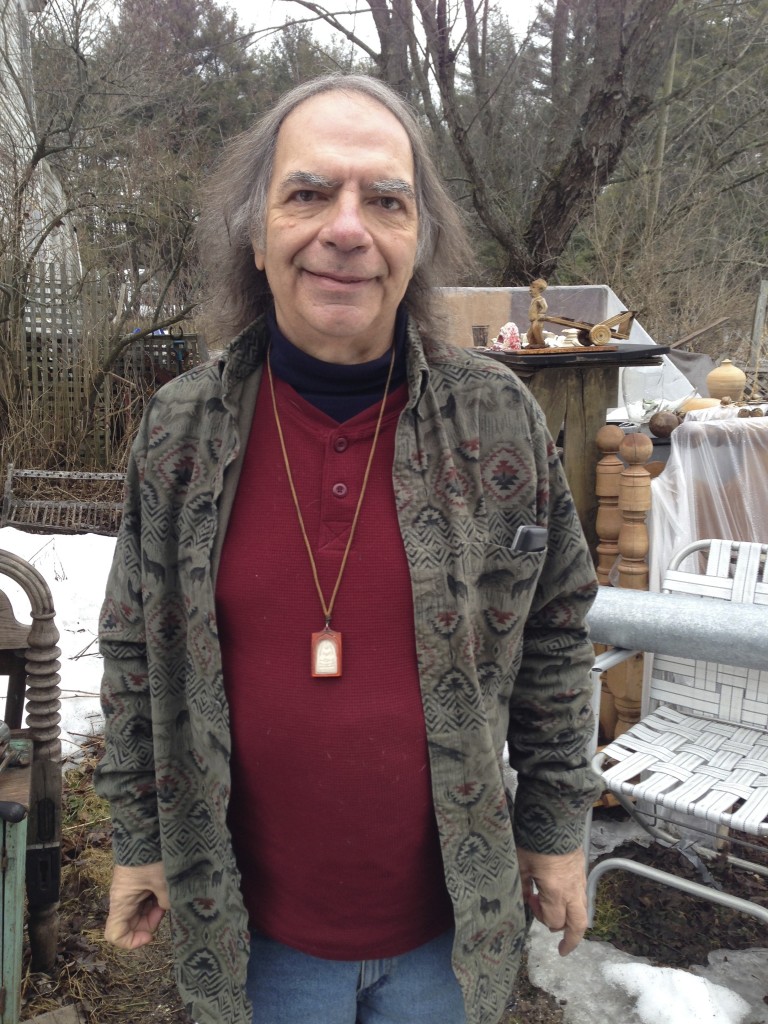 This was originally published in 2014.

John Nappi wants to shout, “Just Say Yes!” from the rooftops. He wants to see the words plastered on tee shirts and bumper sticker and posters. He wants people to ask, “Say yes to what?”

You see, John didn’t say yes, and now he’s paying a dear price. He said no. No to having a colonoscopy when he turned 50 and no every year since. “I was like every other male,” he says. “I was afraid of it. Now, I don’t know what I was afraid of. Maybe of what they might find or maybe it’s that most men don’t want to be examined there. I don’t know why we’re afraid. I just kept saying no. All of my other numbers were good. I said, ‘I’m not going to have that problem.'”

He was wrong. A few weeks ago, John, who is 64, found out that he has Stage 4 colon cancer and it has spread to his lungs. He now has a colostomy bag. Soon he’ll begin a round of chemotherapy. Without treatment, his doctor estimates he’d have about six months to live. The chemotherapy comes with no guarantees but should buy him some time.

“They can’t just cut out the tumor and it will be gone,” John explains. “It’s about five inches long and soon it will close up my colon. If they take it out, there is a four to six-week recovery from that. They’d have to delay chemo, which would give the lung cancer more time to grow. I have spots all over my lungs.”

John was blindsided by the diagnosis, even though since last summer, he’s had signs that something was amiss. One was an aching feeling in his groin, but the real attention grabber was unrelenting diarrhea — 10 to 20 times a day. It was ruling his life, but no one suspected cancer. John was on antibiotics because of an infection in his feet that was caused by diabetes. He says the doctors told him, “When you’re done with the antibiotics, the diarrhea will be gone. That’s all I heard.”

When the diarrhea continued, he was tested for a C. difficile infection, which can happen after a course of antibiotics. It came back negative. That’s when he finally had his first colonoscopy. “Last year, the doctor said, ‘You know you’re due. Are you going to do it?’ I said no, not right now,” he admits. “I want to deal with the infection I have in my feet. I wanted to deal with one thing at a time. That was just an excuse to put it off and I put it off. Now I have colon cancer.”

Last Tuesday morning, John was sitting in his hospital room at Maine Medical Center, still recovering from surgery to create his colostomy and still reeling from his diagnosis. The television was on and he saw me on the WCSH6 Morning Report talking about the importance of colorectal cancer screening. “I saw you,” he says, “and I had this epiphany about Just Say Yes! If we can at least get that message out to people — to just say yes, maybe someone won’t become me.”

John called his friend Jeanie Devoe and told her he wished he could share his story. She sent an email to the station. “All he could say to me.” says Jeanie, “is I wish I could get a chance to talk to Diane about my cancer, and if I can help save just one life, it would make it all worth it.”

When we read Jeanie’s email, we decided to say yes to John.

A well-known figure in the antique world in Maine, he worries how his many friends will take the news. But for now, that worrying will have to take a back seat. “I have to put all my energy in me,” he explains, “and I can’t help others get through this. I want them to be all right, but they need to be ‘John Strong.’ I’m going to have my moments, but I’m ok with my sentence. I can deal with that.”

John’s quite aware that he is not the only one impacted by his diagnosis. It impacts everyone who loves and cares about him — another message he wants to get across to anyone who’s been saying no to a colonoscopy.

Shout it one more time John:

“JUST SAY YES!
Have the colonoscopy. It’s a piece of cake.”

Read how another man was able to catch his colorectal cancer early. For information about no-cost screening services for Maine residents without health insurance, visit ScreenMaine.org or call the Colon Screening Hotline at 1-877-320-6800.

I am sad to report that John Nappi died this week. He was a good man. Rest in peace, John.