Loneliness among elderly people who live in rural areas 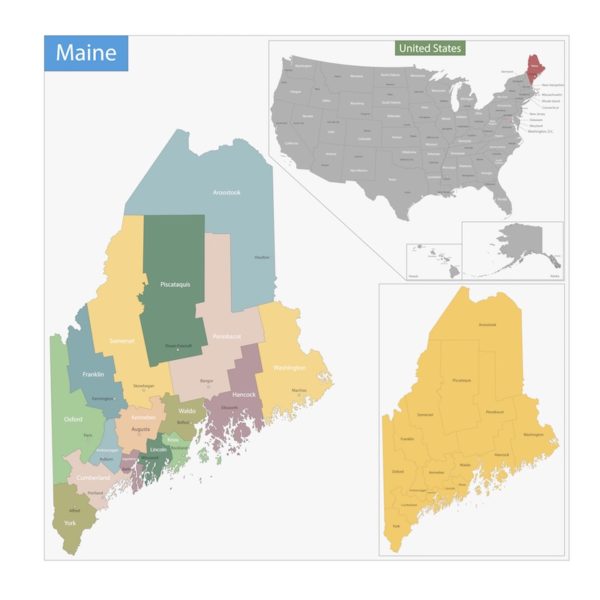 We’ve got about 1.34 million people living here in Maine. Not a heavily populated state compared to the others. California tops the list and Wyoming is at the bottom. Maine is #42.

We share the distinction of having the oldest population in the nation with Florida. Thanks in part to baby boomers, others states are catching up. According to the latest census, 20 percent of Maine’s citizens are over 65. The prediction is that by 2020, it will be 28 percent.

Maine also has the nation’s highest percentage of older people who live in rural areas. Forty percent of the general population lives in the largest city, which is Portland. Fifty-eight percent of people over 65 live in rural communities. 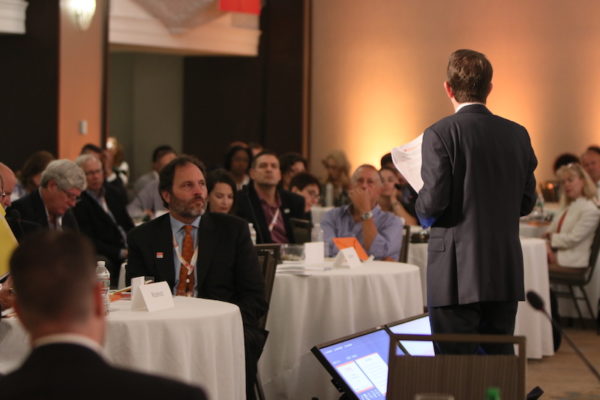 A couple of weeks ago, more than 100 leaders in the field of aging attended the Connectivity Summit on Rural Aging, which was held in Portland. Their focus was social isolation and its impact on the health of older adults living in rural areas.

The summit was hosted by Tivity Health, in partnership with Health eVillages, the MIT AgeLab and the Jefferson College of Population Health. You may have heard of Tivity’s fitness programs for older adults — SilverSneakers®.

Tivity is a Tennessee-based organization, but its second annual summit was held in Maine primarily because of its high population of older people living in rural areas. 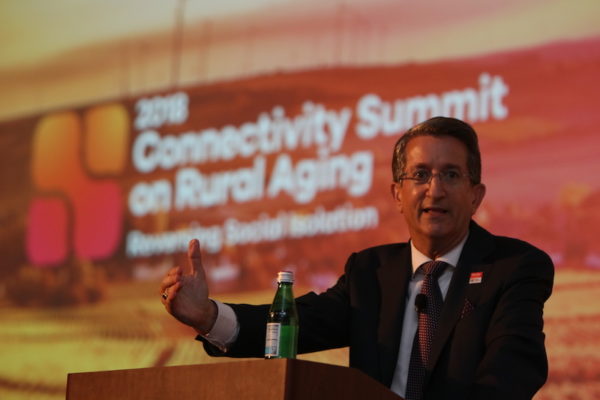 I spoke to Tivity’s CEO Donato Tramuto. One of the first things I asked him was whether older people who lived in rural Maine were any different than those who live in other rural states. I might be biased, but I think of Mainers as tough, self-sufficient people, no matter what their age.

Loneliness and other challenges

He answered that no matter where they lived if it’s rural, older people tend to have the same challenges: Lack of transportation and access to health care services, lack of social interaction, slow internet connection, not enough resources (grocery stores, hospitals) nearby. And there was one trait they share that really stood out. “Loneliness,” he said. “Loneliness is the new chronic condition of the 21st century.”

He told me the story of his mother, who died just seven months after his father. “I will always remember,” he said, “walking into the hospital room when the doctor told me, ‘If I could write down a broken heart, I would do that.’ But I don’t think it was a broken heart. I think it was a broken down immune system. My mother had never been in the hospital other than delivering her seven children. But in that seven month period, she had a diagnosis of pneumonia and high blood pressure. She had a broken down immune system.”

As one reaches advanced age, loss is inevitable. The death of a spouse, other loved ones, or friends leaves people feeling alone and lonely. Family members may not live nearby. There may be fewer opportunities to socialize in any meaningful way. If someone is already dealing with chronic health issues, loneliness and isolation are likely to make things worse. And you can add no longer feeling relevant to the mix.

So, how can these problems be solved? Especially for people living in rural communities. Tramuto said there were no magic bullets, but that, in fact, many solutions already exist.

“I don’t think this is about innovation. I think it’s about integrating what’s out there,” he explained. “If we’re going to deal with the issue, it’s going to demand collaboration.”

He charged participants to look for ways organizations who are already providing services to older people can work together. Their main goals should be to identify what needs to be done and to increase awareness of the issue. He also urged them to listen. “I think we have failed to listen to other people’s stories,” he said. “We’ve made them feel like they’re irrelevant. When you listen you find out what’s already out there and what people need.”

What can each of us do? “First recognize that loneliness is an issue,” he said. “If you know somebody on the block who lost his/her spouse, and they’re elderly, there’s a deep probability that they are feeling alone.”

Many years ago, I saw in the local newspaper that an elderly neighbor’s husband has just died of cancer. I’d only recently moved to the community (a rural area) and didn’t know the woman. However, I had worked with cancer patients and their families and understood how hard it can be. I picked a small bouquet of flowers and brought them over. Her name was Delphine and she greeted me as if I were a long lost friend. I quickly realized that she was very lonely.

In a recent telephone poll conducted on behalf of Tivity, 400 seniors living in rural areas around the country were asked a series of questions related to loneliness and health.

Thirty-two percent reported that at least three indicators of social isolation applied to them. The indicators were:

Looking back, almost all of those indicators would have fit Delphine when I met her. Fortunately, for both of us, we became good friends and I’d like to think that because of our relationship, the majority of her indicators no longer applied over the next decade that she lived. I know for sure that it had an impact on her physical health because I often took her to doctor’s appointments. And as she took her last breath, I was there and held her in my arms.

Approaching someone, especially a stranger, who you suspect may be lonely or isolated in some way isn’t always easy. Whether you are an individual or part of an organization, we have to start somewhere. “For years we were afraid to talk about mental health, now we can’t talk about loneliness,” said Tramuto. “We have to make it safe to have a conversation. This loneliness has got to come out into the open.”

In addition to the links I included near the beginning of this post, here are some others that should provide additional information about rural aging and aging resources in Maine.

If you have other resources to add to the list, please let me know in the comment section below or by email. Thank you.

Also, stay tuned for information about a special project unfolding at St. Joseph’s College in Standish with support from Tivity Health. It’s called the Institute for Integrative Aging. The plan includes developing an intentional multigenerational community along with a center for research, education, and community-centered care for older adults.