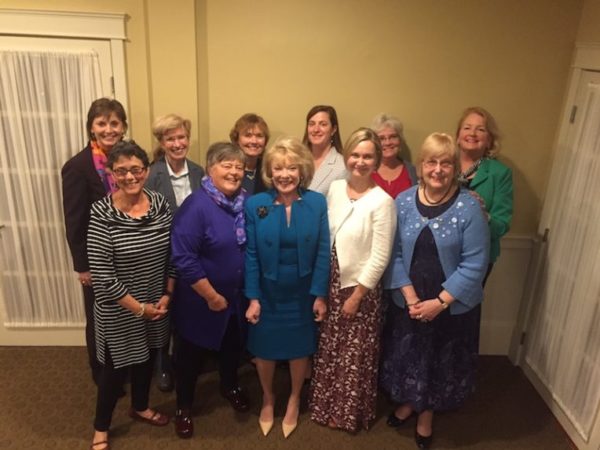 About a month ago, I was invited to have dinner with a wonderful group of women who share a strong common interest — St. Joseph’s College in Standish, Maine. Also, in one way or another, we are all connected to the health care field. Several of us graduated from St. Joe’s with health-related degrees. Two of us in radiologic technology and the others in nursing. Sitting next to me that night was Jeanne Donlevy Arnold (She’s the woman in the blue suit in the front row.) 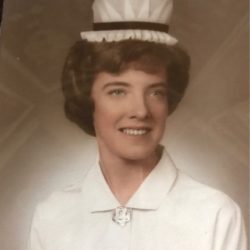 Jeanne is a gracious, funny and smart woman who received her Bachelor of Science degree in Professional Arts from Saint Joseph’s more than 30 years ago. At the time, she was a new Assistant Director of Nursing in another state and knew that she’d have more opportunities for advancement if she had a BS degree. St. Joe’s had just pioneered its distance learning program (now online) making it possible for Jeanne to continue working out of state while she took her classes.

She’s never forgotten how the college changed the direction of her nursing career and her life. “Those opportunities turned out to be transformative and beyond all my expectations,” she said. “I am proud of how Saint Joseph’s College set my life on a new course so many years ago.”

That’s why, when St. Joe’s received a $1.5 million challenge grant from the Harold Alfond Foundation to expand the school’s nursing program, Jeanne agreed to chair the capital campaign. The college would have to raise another $3.5 million to reach a goal of $5 million.

At the announcement of the grant in early January 2017, President Jim Dlugos explained that a key part of the college’s strategic plan is to expand its nursing program and create a Center for Nursing Innovation. He said the move will not only improve the program, it also has the “powerful potential to strengthen the nursing workforce in Maine.” 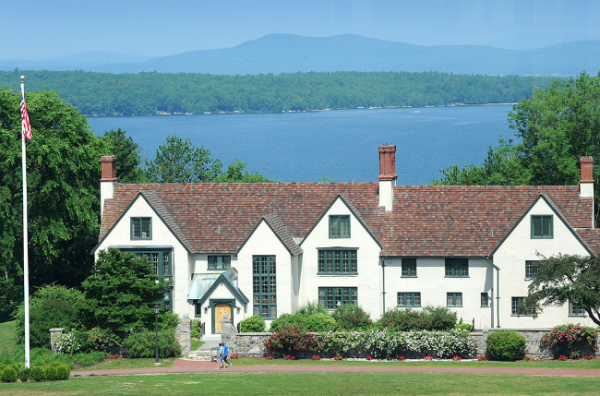 Although I am not a nurse, like Jeanne, St. Joseph’s College also helped set my life and career on a new course. It was one of the best things that ever happened to me. Right after high school, I entered a training program at Maine Medical Center to become an x-ray technologist. After graduating, I became a radiation therapist and radiation dosimetrist for 10 years. I loved what I did, but I’d always wanted to go to college.

One day, a brochure from St. Joe’s arrived in the mail. It described a new program tailored for x-ray technologists that would give credit for years working in the field. I had to take a proficiency exam to be accepted, which I am proud to say I passed with flying colors. My courses included literature, English and creative writing, philosophy, history, and anthropology and more. Two years later, I graduated with a BA degree. The experience opened my eyes to a different world — in particular, one connected to writing and communication. The degree opened the door to new opportunities. For instance, without it, I never would have become a television health reporter.

When our group met for dinner, we all agreed that we each wanted to play a role in helping the college meet its goal of raising the additional $3.5 million needed to make the nursing center a reality. That doesn’t mean we each handed over a sizable check — most of us aren’t in that position. But what we can do is reach out and let people know about the campaign and help draw in people who are interested in offering support. 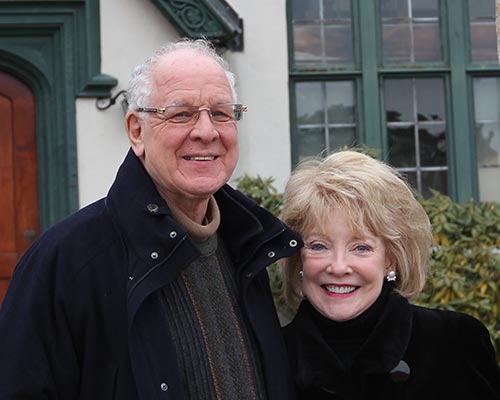 One member of our group was in a position to make a sizable donation — on top of her time and efforts. At the Commencement, Jeanne Donlevy Arnold announced that she and her husband Ed were giving $2 million to the nursing program — the largest individual gift St. Joseph’s College has ever received. St. Joe’s changed her life, and Jeanne hopes their gift will change other student’s lives. It also means that we now only need to raise $1.5 million!

Over dinner, Jeanne had told us some fun stories about how she and Ed met. As it turns out, it was a good match. She was a successful nurse and he was a successful businessman and they were both committed to giving back. Together, they are generous philanthropists. Among other things, she and Ed, who live in Pennsylvania, endowed the Hummingbird Program, a pediatric palliative care program at Penn State Milton S. Hershey Medical Center. 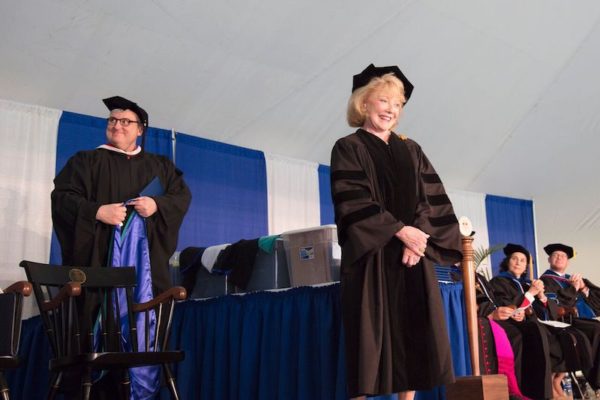 When  Jeanne graduated from St. Joe’s in 1983, she couldn’t make it Maine to walk with her class. But this year, she did when she was awarded an honorary doctorate degree with the Class of 2017. At the Commencement, Board member Carol Strobeck said, “At its root, the word ‘philanthropy’ means the love of humanity expressed through caring, nourishing, and enhancing what it means to be human. Understood this way, each of us has the capacity to engage in acts of philanthropy. Jeanne Donlevy Arnold, you are among the special group of philanthropists who give all three — your energy, your ideas, and your resources — to the causes and people about whom you care so deeply. Your consistent commitment to nurses and the profession of nursing has led you back to your alma mater, where you are now helping Saint Joseph’s address one of our nation’s most critical health care needs.”

You can learn more about St. Joseph’s College at www.sjcme.edu and more about Jeanne and Ed and their commitment to philanthropy in this article. And go here if you would like to help support the Center for Nursing Innovation or the college, in general.