What You Should Know About Cancer of the Cervix 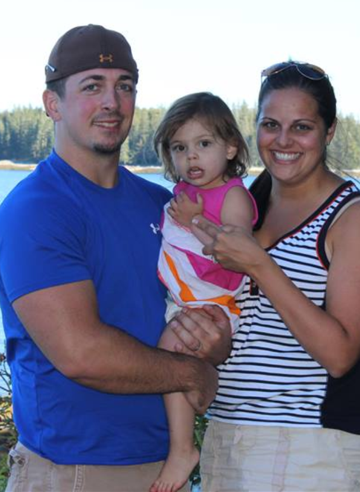 Becky Lyle knew enough to get regular screenings for cancer of the cervix, including a Pap test, and she always did. A Pap test is recommended every three years for average-risk women between the ages of 21 and 65. Beginning at age 30, HPV testing is also recommended. Becky had had one abnormal Pap test about five years ago, but the next one came back normal, so she wasn’t worried.Two years ago, at the age of 30, Becky became pregnant with her first child. She looked forward to the “glow of pregnancy” but instead, felt miserable and in her second trimester started bleeding. Her doctor discovered a polyp in her cervix, but said they were common and 99% of the time benign. Still, it was worth watching.

At about 26 weeks, Becky started bleeding a lot and spent four days in the hospital. A piece of the polyp broke off on its own and was biopsied. It was positive for adenocarcinoma of the cervix. Becky needed surgery as soon as possible, so the decision was made to deliver the baby early by c-section. 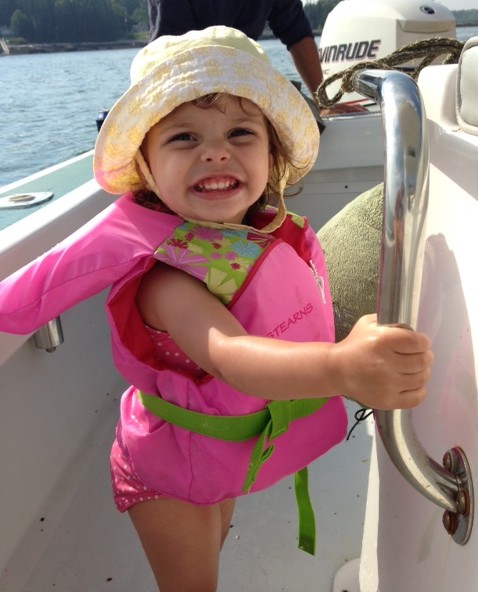 Becky and her husband Daren were told that she should have a hysterectomy, which meant they wouldn’t be able to have more children. They decided to get a second opinion, and she ended up having just the tumor removed, along with surrounding tissue and lymph nodes. The cancer had not spread and she remains cancer-free.

“The hardest part for me was the emotional part,” she says. “You’re young and you’re starting a family and then you hear the word cancer.”

Nance Trueworthy also knows what it feels like to hear the word cancer at a young age. She, too, was in her 30s when she was diagnosed with cervical cancer. A professional photographer who was often on the road, one year she skipped her checkup and Pap test. “When I did finally go,” she explains, “the doctor advised me I had abnormal cells.” 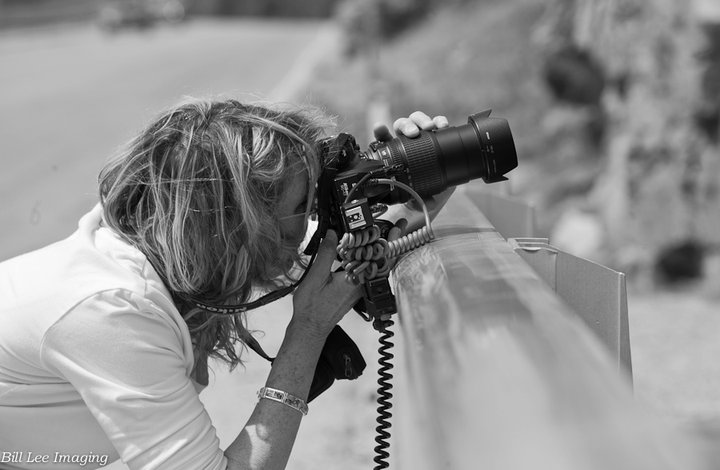 After more tests, Nance got the diagnosis and had a hysterectomy. “It’s quite an interesting ride when you are told you have cancer,” she says. “You go through a ton of emotions, from being horrified that someone would say to you ‘you have cancer’ to then turning around and being positive and saying I’m going to get this thing no matter what it takes.”

You can watch a short video of Nance telling her story on the website screenmaine.org. Her message is that she is 33 years cancer-free and even though she missed a year, getting a Pap test saved her life. It’s not foolproof, but when the test was first introduced in the 40s, cancer of the cervix was the number one cancer killer of women. Between 1955 and 1992, the cervical cancer death rate declined by almost 70% and continues to decline. “From 1995 through 2010, there was a 38 percent decrease in the number of Maine women being diagnosed with cervical cancer,’’ says Dr. Sheila Pinette, Director of the Maine CDC.

In Maine, financial help is available for some women 40 and older who need either cervical or breast screening. The Maine CDC Cancer Prevention and Control programs have more information. Call 1-800-350-5180 or 1-207-287-8068. TTY users should call Maine Relay at 711. You can also visit the Maine CDC website.

In Becky’s case, a Pap test did not show abnormal cells. According to the National Cancer Institute, “Like any screening test, cervical cancer screening is not completely accurate. Sometimes a patient can be told that she has abnormal cells when the cells are actually normal (a false-positive result), or she can be told that her cells are normal when in fact there is an abnormality that was not detected (a false-negative result).”

It’s likely that abnormal cells would have shown up on a subsequent Pap test but Becky believes being pregnant is what saved her life. “Gianna is why I am alive today; I will be forever grateful for her and grateful to be a mom, a wife and a daughter.”

The Food and Drug Administration (FDA) has approved two HPV vaccines for the prevention of infection and cervical and other cancerous and precancerous lesions. They are given as a series of three shots over six months. The CDC recommends vaccination for preteen girls and boys at 11 or 12 years of age. More information is available on the CDC website.

Becky’s advice
Becky’s advice to women (and men) is to always get the most information you can about your health. Ask questions. Get a second opinion. Don’t be afraid to reach out for support. Her support came from her husband, family, friends and the Cancer Community Center in South Portland. She’s now a “Buddy” and helps support other people who have just been diagnosed with cancer.

More words of wisdom: If you’ve been putting off your annual check up or regular screenings, please make an appointment now. And, if you have any signs or symptoms that just don’t feel right, trust your instincts and listen to your body. You can find more information about cancer of the cervix and screening recommendations on the CDC website.

One more thing: Exciting news about Becky
Becky is 12-weeks pregnant! Because of her diagnosis and the various procedures she’s been through as a result, she’s considered high-risk. She says she feels great — nothing like the last time — and prays that all goes well. We’ll pray too.