Understanding autism and the importance of early intervention 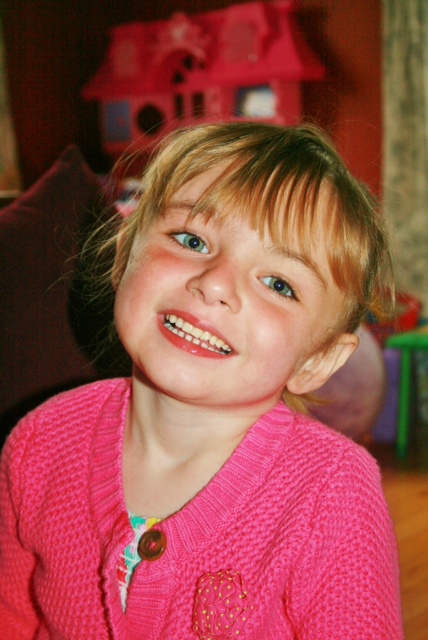 Look at the picture of this beautiful little girl. Her name is Emerson Brown, Eme for short. She’s five-years-old and just started kindergarten. 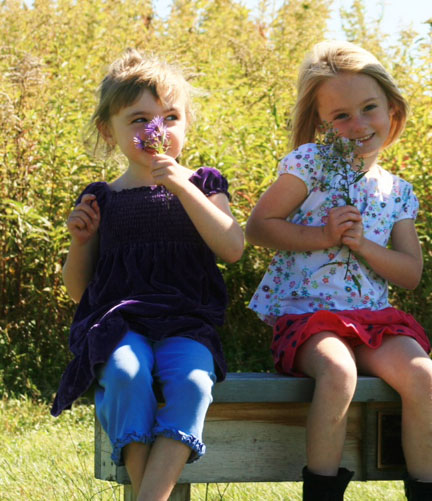 Eme and Finley were born only 11 months apart. That’s why their mother Kim was so tuned into Eme’s development. It wasn’t happening the same way it did with Finley. Now, every child is different, and Kim certainly knew that, but by the time Eme was about a year old, she knew something wasn’t quite as it should be.

“Let’s just say I had just gone through every typical milestone with Finley,” she says, “so every typical milestone was fresh in my head. Things were not going well with her development. No words coming out, no pointing, no waving, not even a hi, couldn’t focus, wouldn’t play with any toys. All she would do is literally put her mouth on anything that her mouth could be put on.”

At Eme’s 13-month wellness checkup the doctor suggested that Kim might be overly concerned, but at a follow-up visit she was adamant: “I said, ‘Listen, something’s not right. I need her to have an evaluation.'”

The initial evaluation was done at Child Development Services (CDS) in Portland when Eme was 18 months old. Next came an appointment with a developmental pediatrician, who gave Kim and her husband Jerry the news they had dreaded. “She was diagnosed with classic autism with global developmental delays and considered nonverbal,” Kim says. “It was hard to take that all in.”

Kim had done her homework and knew that if Eme had autism she wanted her to attend the REACH School, a special purpose school in South Portland that provided early intervention services for children with autism spectrum disorders. Easter Seals Maine recently took over the program and now provides early intervention and education services to nearly 100 children.

A few weeks after Eme’s diagnosis, a team of therapists and teachers were at the Brown home — there to help Eme and her parents. “At that point, she was mouthing everything,” recalls Colleen Foley-Ingersoll. Colleen, a board certified behavior analyst who was director of the REACH School and is now director of Easter Seals Maine’s educational services. “I remember a teacher coming back from one of the first visits and saying she had no idea what to do with this child. She couldn’t get her to do anything because she just put stuff in her mouth. We started with a program of reduction of mouthing and helping her to build skills. Once she started building skills, she wasn’t mouthing as much because she had other things to do.”

The family continued to get home-based services until Eme was three and then she started attending the Reach School. It took awhile, but she finally started speaking when she was four. It’s important to understand that Eme’s IQ is normal. She is an intelligent child, quite capable of learning. What she primarily has trouble with are communication and social skills.The autism spectrum is incredibly broad and one child’s symptoms may be different from another’s, but there are hallmark signs explains Colleen. “Social and communication is number one,” she says. “It can be very tricky because the child may have exceptional skills in one area — they may at two years know letters and colors and may even be reading, so it’s hard for parents to understand that their child may have other issues because they seem brilliant. It might be that there are some real deficits in other areas and usually that’s in the social skills.”

Because of early intervention, Eme (and her parents) have made tremendous progress. With the help of a support person, she attends regular kindergarten and a therapist comes to the home to help her with social thinking. “It’s teaching kids that other people have thoughts,” Colleen explains. “You have to make hard guesses about what people are thinking and then you have to adjust your behaviors to make sure everybody around you feels comfortable. The curriculum is amazing.”

It isn’t easy raising a child with autism. Kim says their days are filled with highs and lows. “I would admit that I probably cry – go in my car and cry — for five minutes probably every day,” she says. “Eme doesn’t recover as well as other children. They might have a tantrum and then get over it, but she can carry on for hours and hours and not get over it. You can’t redirect her. But, I’m very fortunate. Her progress is mind blowing. Any little step forward makes us beyond the moon happy.”

When Kim, who is a social worker, graduated from college, she was offered a job working with children on the autism spectrum. She turned it down, saying. ” I can’t do this. I don’t have any patience. I can’t work with kids with autism or developmental disabilities. I’m not gifted enough to work with kids like that. And so … here I am.” 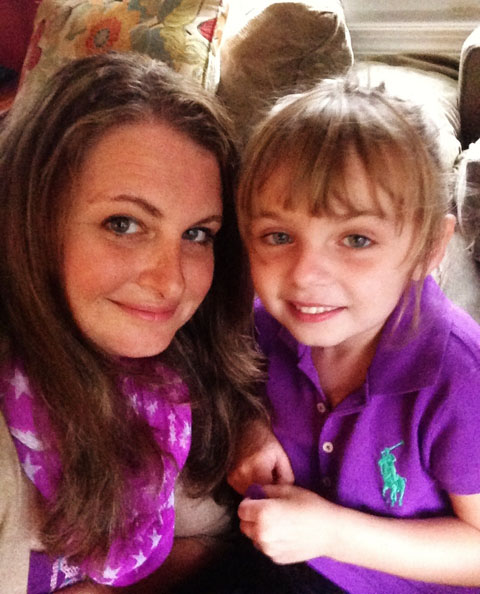 “My whole outlook on life, especially with autism, goes back to a quote from

[autism expert] Temple Grandin. ‘I am different, not less.’ I think that’s really what other families have to understand. We thought our baby girl was as typical as yours when she came out. I wish for empathy and compassion for families and not pity because you know what — we’re strong families and our kids are amazing. We live a different kind of life, but a life just as good because we get blessed with miracles every day.”

Where to get additional information

If you suspect your child may have autism, there is a questionnaire called M-CHAT (Modified Checklist for Autism in Toddlers) that you can fill out and share with your pediatrician. You can do it online or print a copy on the M-CHAT website.

Child Development Services, which is run by the Maine Department of Education, provides screenings and evaluations for children birth through age five.

If you are interested in learning more about social thinking, Easter Seals Maine provides therapy based on the social thinking curriculum as part of its NorthStar Learning Center in Portland.

The Autism Society of Maine provides education and resources.

If you have questions and don’t know where to turn for an answer send me a message and I’ll try my best to put you in touch with someone.