How My Sister Manages Her Fear of Needles

My sister Becky has always been afraid of needles. When she was little and needed a shot, she might make it through the procedure, but would faint half way to the car. The incident that probably put her over the edge happened when she was about 10 and needed a tooth filled. When the dentist approached her with a needle full of Novocaine, she made it clear that no needle was coming near her mouth. The dentist stated otherwise. Becky knocked the needle out of the dentist’s hand and the dentist yanked her up out of the chair by her ponytail. 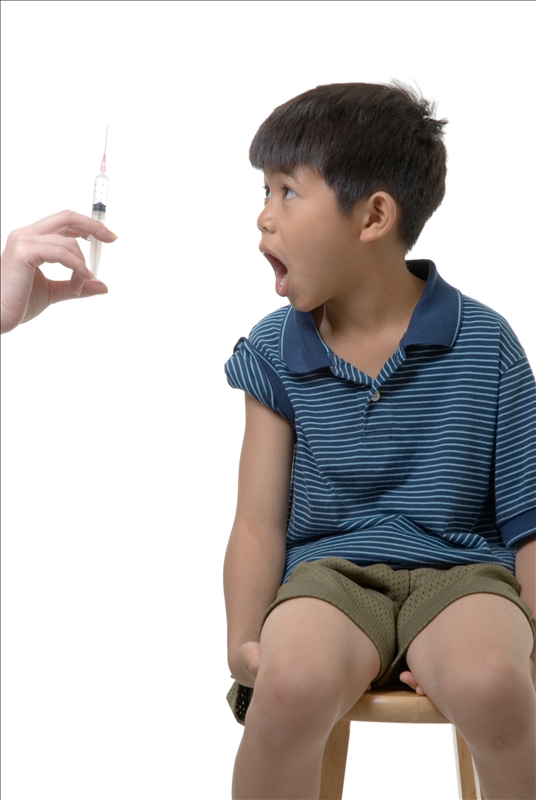 Becky is far from alone when it comes a childhood fear of needles that followed her right into adulthood. In a 2001 Gallup poll of how much people fear various things, nearly one-fifth (21%) said, “needles and shots.” Snakes were number one on the list (50%). Needles and shots were sixth, just ahead of mice (20%) and just behind spiders and insects (26%).

Being afraid of needles does not mean you are weak-minded or a wimp. It’s an officially recognized phobia. People who are needle phobic may feel faint or light headed or even have a panic attack at just thought of a needle. According to the Mayo Clinic, panic attacks typically include a few or many of these symptoms:

One of the worst things about panic attacks is the intense fear that it will happen again. It makes people avoid any situation they think might bring on an attack. It’s why many people who are afraid of needles absolutely refuse to have any kind of shot or blood test and in some cases avoid dental and medical care altogether. My sister is not one of those people, but dealing with her fear has been a lifelong struggle. Along the way, health care providers (like that dentist!) have not always been sympathetic or compassionate. Fortunately, those who were made all the difference in the world.

An experience this week has to rank right up there among the best. Becky needed some blood work and a tetanus booster. She asked me to go with her for moral support and to be her driver. She didn’t think it would be safe to drive herself because, in order to be as relaxed as possible, she took an anti-anxiety medication one-half hour before her appointment.

When we arrived at the medical facility, instead of insisting that she go to the lab for the blood test, she was allowed to lie down in one of the exam rooms. The tetanus shot came first and Kim the nurse was so incredibly good, Becky didn’t even realize what happened until it was over. 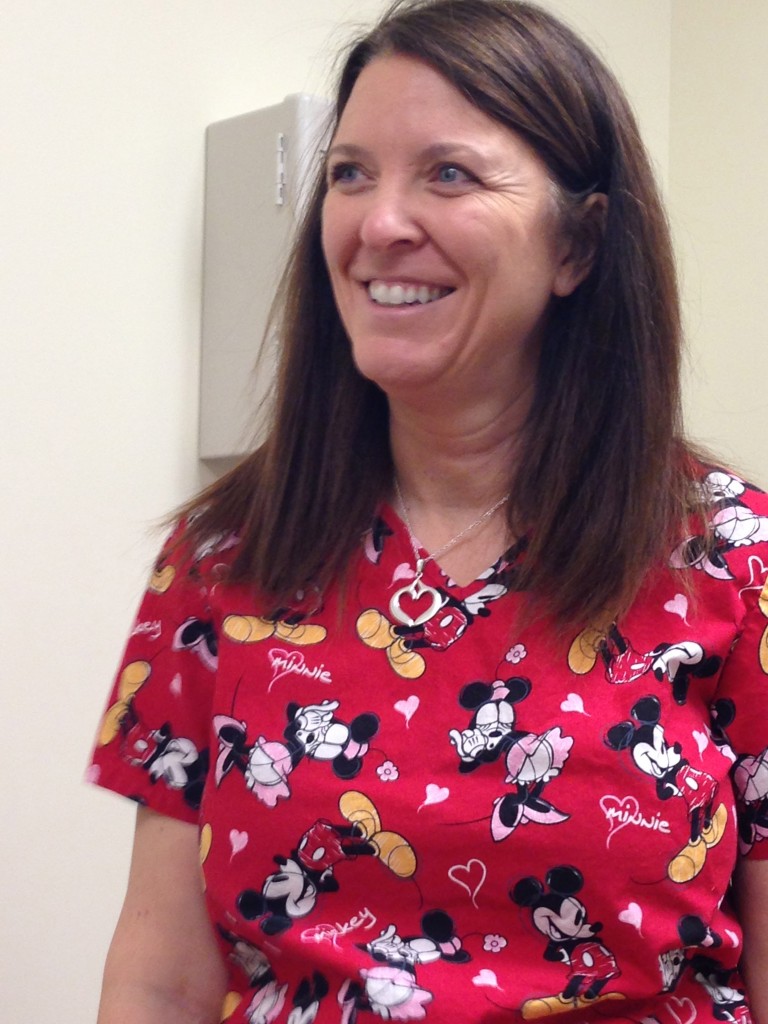 The blood draw was a bit trickier, but because Becky had talked it all out ahead of time with her Nurse Practitioner Allison, it was pretty well orchestrated. The phlebotomist who walked through the door was calm, compassionate and experienced. She knew all about Becky’s fear. She also knew that she would have to use a pediatric butterfly needle (smaller) and a vein in her wrist rather than in her arm because it’s what Becky requested.

She got off to a great start when, in a soothing and reassuring voice, she told her she had great veins. When she inserted the needle, I won’t lie — Becky was freaking out — but she did her best to stay still. 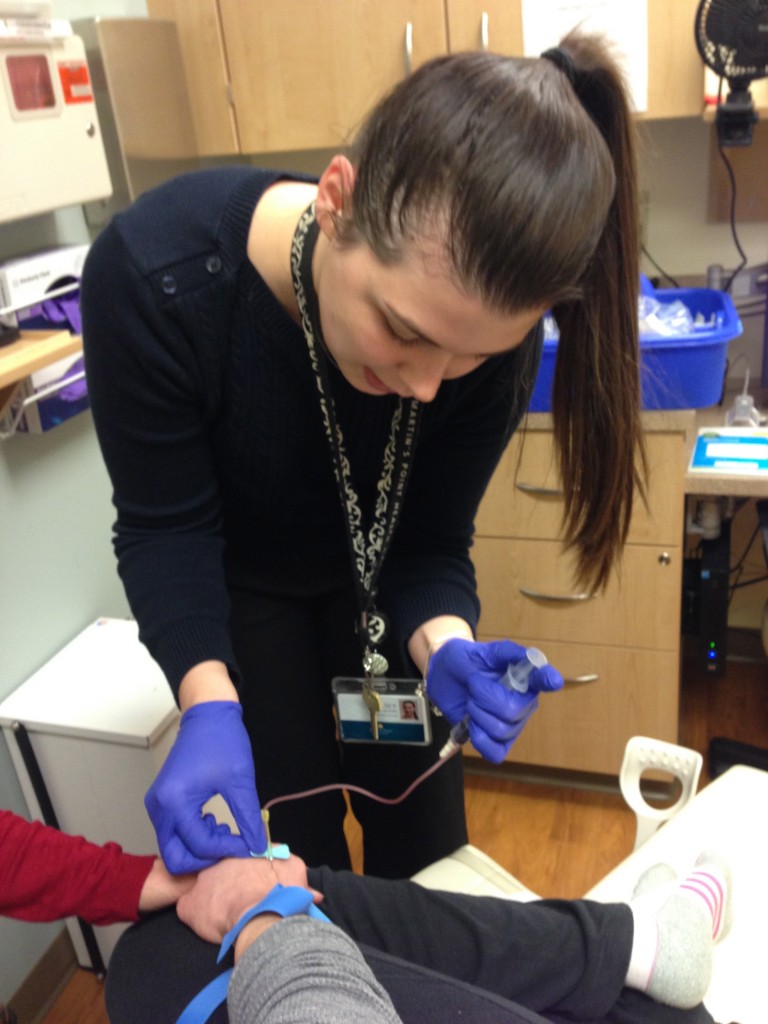 Two things in particular made the biggest difference. Chelsey, the phlebotomist, calmly told her that if she would relax her hand, the blood would flow more quickly, so she did and it did. 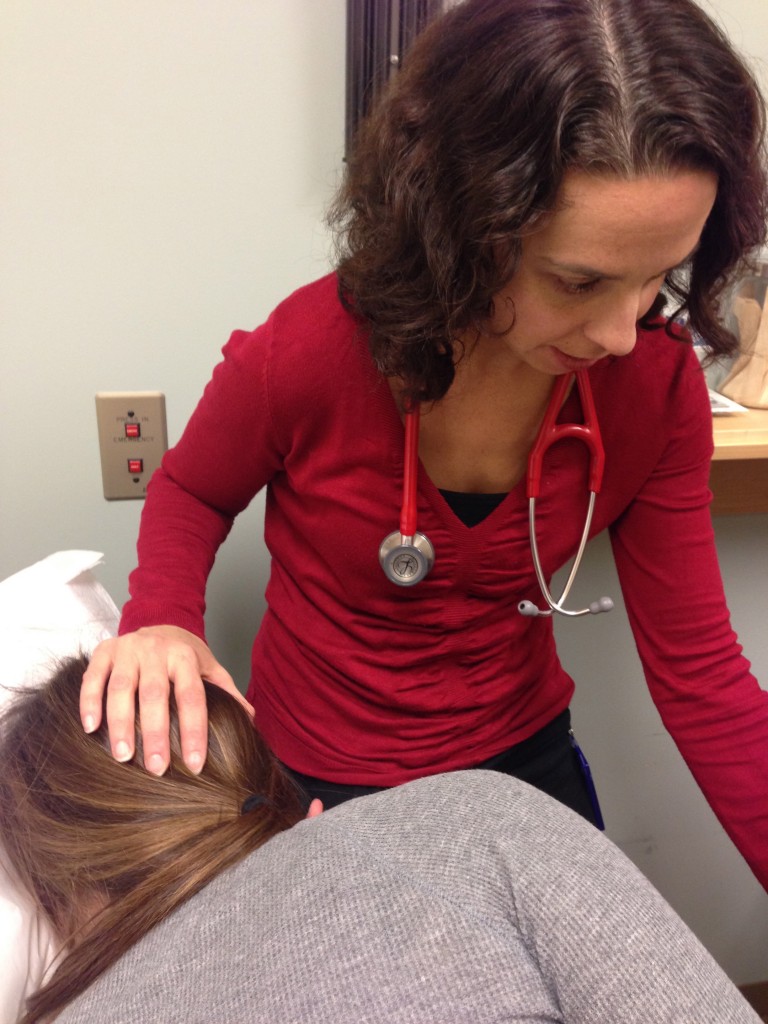 Allison, who was at Becky’s side the entire time, started counting backwards from 20 so that she would be able to visualize the end. In a matter of minutes, it was over.

Getting her blood work done may have been a stressful ordeal for my sister, but because she has learned to be honest and open about her fear and to ask for the support she needs, she got it done. She didn’t knock the needle out of anyone’s hand and four people didn’t come in and pin her down on the table (yes, that also happened to her once.)

If there is a lesson to be learned from my sister’s experience, I think it’s that it’s important to speak up for yourself. By doing so, Becky was able to have as much control as possible over the situation. She also had a great support team in the room. If none of that had happened, I guarantee she’d be shopping for a new health care provider.

Allison said she was honored that Becky trusted her enough ask for her help. “I think it’s a testament to her strength,” she told me. “Her health is important to her and she needed to get this done. I’m glad we were able to work together. I can also sympathize on a personal level. I have trouble going to the dentist.”

Speaking of dentists, after that traumatic event so many years ago, my parents took her to a new one and as far as I know, there was never a problem. I’m quite certain that to this day, she still refuses any kind of injection, even if she’s having a tooth fixed — but at least she goes to the dentist.

I’m proud of my sister. There was a time when I thought no way was she ever going to overcome her fear. I’m not saying she has, but at least she’s learned how to keep it under control. 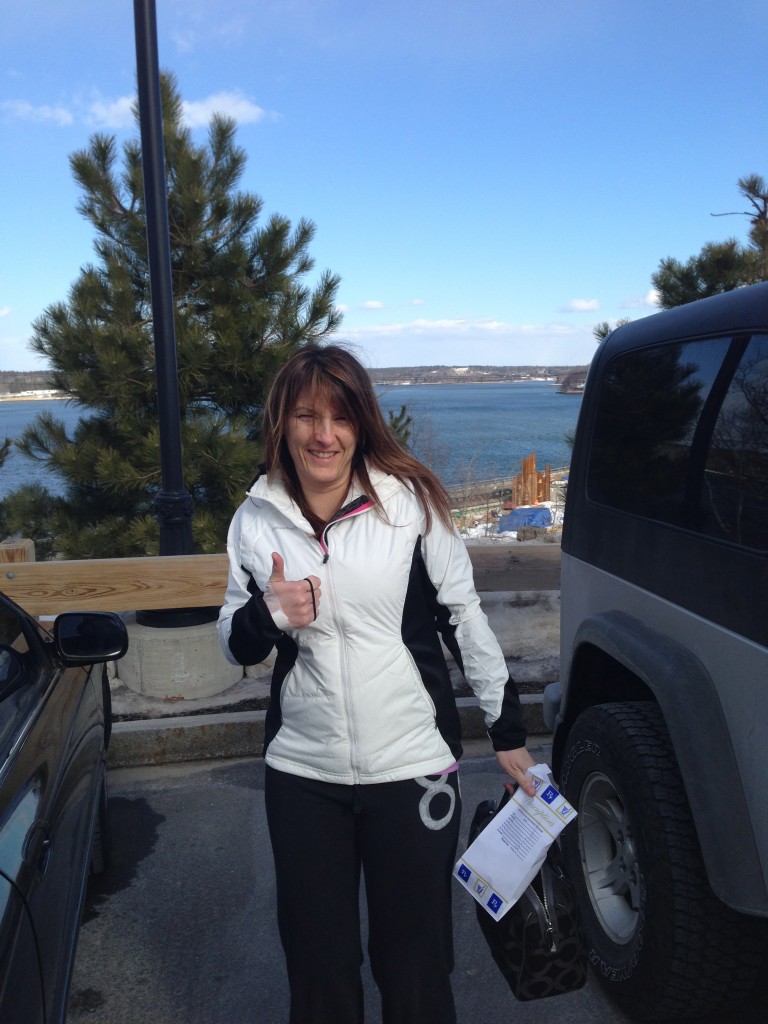 Not everyone with a needle phobia would be able to manage it like my sister does. In some cases therapy, such as cognitive behavior therapy, may be necessary. If you have successfully overcome a fear of needles, what advice would you share with people who are still struggling?