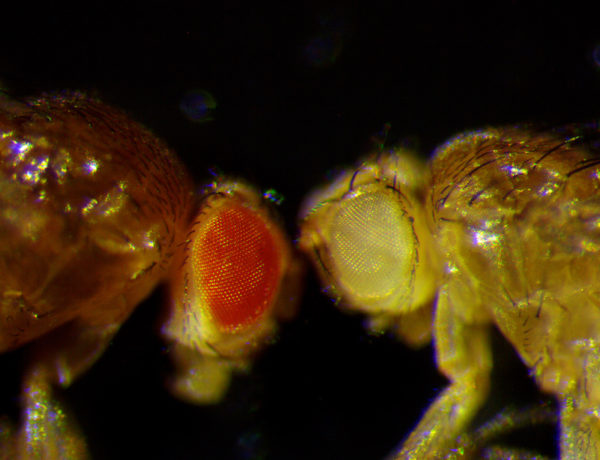 How many fruit flies have you killed in your lifetime? More than you can count? When you’re done reading this blog post, you may have a much greater appreciation for this usually annoying little creature.

For instance, here’s something you might not know about fruit flies: They share about 75 percent of the genes that cause diseases in humans. That means they are a great model for scientists who want to learn more about human genetics. 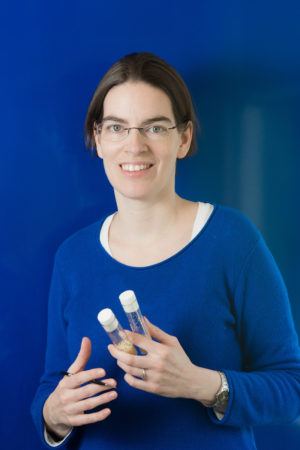 Dr. Vicki Losick uses fruit flies in her research on wound healing. Research that just got her recognized as an outstanding investigator. AND she was awarded a  $1.7 million dollar grant from the National Institute of General Medical Sciences, which is an NIH Institute. Dr. Losick, who has a Ph.D. in microbiology, is a scientist at the Mount Desert Island Biological Laboratory (MDIBL) in Bar Harbor.

I recently visited Dr. Losick at MDIBL and got to see her fruit flies up close and personal under the microscope. She also explained how they have helped shed new light on what happens on a cellular level when an organism is injured.

When the skin of a fruit fly is punctured, it usually heals and a scar is formed — same as in a human. And when an organism is injured (human or fruit fly), cells usually divide and grow new cells.

But Dr. Losick noticed that something else was happening to cells surrounding an injury. “What I saw was, quite to my surprise, that the cells around the center of the wound or forming scar started to grow in size,” she explained. “They became giant — two to three times larger — cells. And in the end, what happened is this giant cell encompassed the area under the scar-like tissue. We call this cell a polyploid cell.”

This was an entirely new mechanism for wound-healing. The name for it is wound-induced polyploidy or WIP. It’s now clear that WIP happens. The next step is figuring out why.

“My lab is trying to understand this choice that tissues have to divide or to grow,” said Dr. Losick. “And when you have these big polyploid cells how does that affect the long-term function of the tissue? We can use this strategy to maybe heal the tissue faster but can that structure persist and will the function of tissue remain or will it have to get replaced with something else? That that will be the key in terms of understanding.”

Why is Dr. Losick’s research important? Because an estimated 6.5 million people in the United States alone have chronic nonhealing wounds. That’s about 2 percent of the population. Most chronic wounds develop in people who have diabetes, are obese, or are elderly or bed or chairbound. According to the journal Wounds, it’s estimated that chronic, nonhealing wounds cost the US $50 billion dollars a year.

My dad had an ulcer on his ankle that took two years and a variety of treatments from hyperbaric oxygen treatments to skin grafts before it would heal. A wound that won’t heal can alter a person’s life dramatically. Some people end up needing an amputation, some don’t survive. The late actor Christopher Reeve, who became a paraplegic because of an accident, died of complications from an infected pressure ulcer that wouldn’t heal. Someday, Dr. Losick’s research could lead to new wound healing treatments. 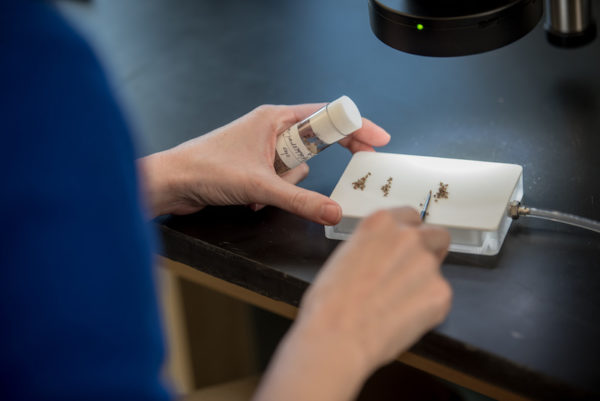 The NIH grant means she can now take her research to the next level. “It’s a great opportunity to have received this mechanism of support,” she said in a recent MDIBL news release. “It will allow me to focus on mentoring my trainees and performing research that could one day unlock the key to polyploidy’s role in health and disease.”

I had one last question for Dr. Losick. How did she and her fruit flies end up at MDIBL in Bar Harbor, Maine? “Because MDIBL was the perfect niche for my research,” she answered. “They embrace non-mouse model systems and their focus is repair, regeneration, and aging which is exactly what I do.”

MDIBL also happens to be located on a spectacular piece of land, where the view offers more than just fruit flies under a microscope. 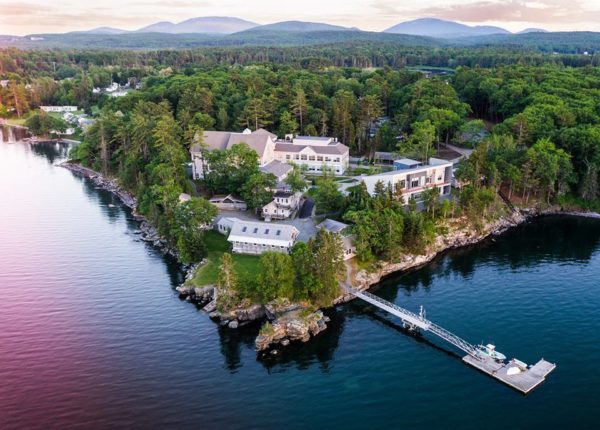