Sometimes, we make assumptions about another person’s grief. We may assume, for instance, that when a spouse or partner dies, the person left behind feels a deep sadness and longing. Or we may judge someone for lingering in their grief instead of moving on. Other times, we may not even acknowledge a death, perhaps because it was caused by suicide or a drug overdose. We might also minimize, ignore, or simply not recognize someone’s grief. 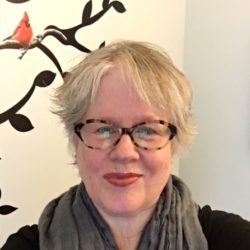 These various reactions and assumptions are examples of what Carol Schoneberg refers to as disenfranchised grief. As an end-of-life educator and bereavement services manager at Hospice of Southern Maine, Carol has had more than her fair share of conversations with people about how they are grieving (or not).

“Establishing definitions of proper and improper mourning techniques is a way of excluding certain individuals, thereby disenfranchising them and their grief,” she explained. “Disenfranchised grief presents some complications that are not always present in other grieving processes. When disenfranchised grief is not legitimized by others, the bereaved person may be denied access to rituals, ceremonies, or the right to express their thoughts and emotions.”

One of Carol’s clients did not feel a deep longing when her husband died a little over a year ago but did experience plenty of other emotions. She agreed to share her story because she hopes it will help other people confront their own feelings. However, she prefers to remain anonymous.

We remained together although as years passed he participated less and we lived parallel lives. I know there are other people who may not have had that same experience, but there are always bits and pieces of living with someone that are not all wonderful. When you’ve been married 50+ years, people tend to believe you are devastated, but there were times when I had wished he’d just go away and there’s shame in that.

Carol has found that most people would be too ashamed to admit such feelings, which is why seeing a bereavement counselor can be so helpful.

Most people are ashamed or embarrassed to say, hey, wait a minute, I don’t want anybody here to think that I’m broken-hearted about what happened. I’m sad, it is definitely causing a difficult experience, but don’t make assumptions about what I’m feeling. Those people may need permission to acknowledge their feelings and this blog post may help to do that. They may see themselves and it might give them the courage to feel what they do and not have shame.

Her client’s husband was in Gosnell (Memorial Hospice House) for three days before he died. Afterward, things were so overwhelming, she almost felt like a non-participant.

During this time I was present but paralyzed and exhausted. It was beyond me. And then slowly, through talking to folks from hospice, I began to see that it was ok and that I could sit and listen and reflect on what I was feeling.

She also took the time to reflect on an incident that occurred when her husband was hospitalized for surgery and made the decision to speak up to hospital officials. After his surgery, he was sent home against her protests that it was too soon and he was much too ill. She was right and soon after, her husband was admitted to Gosnell. The incident bothered her so much that with some help from her primary care doctor, she met with a group of hospital officials.

I couldn’t let it slide, it was so important. Sitting there, I learned that it was circumstances, it wasn’t any one person’s fault and now I understand why it happened.

The fact that she spoke up and followed through helped her client move on, explained Carol.

If you’re left with feelings that something did not happen the way it should have in the care of your person, that can easily become the focus. Often there’s anger and that can become a diversion from letting the grief start to settle or people want to place blame. It’s easier than the grief. Some people never get past that and never go through their grieving process, whatever it is. My client spoke up and she was heard.

Carol’s client took a bold step but she takes exception to the word grief, at least as it pertains to her.

I’m not happy with the word grief because it brings with it an assumption, but I don’t have another one. I think of it as a journey. The biggest thing for me is the change. It’s not always tears, it’s not always unhappiness, it’s a mixed bag. At this time, it’s freedom that I feel and the responsibility that goes with that. What do I do with this freedom, these possibilities, these opportunities? I’m still finding my way.

From Carol’s perspective, everything and anything a person feels after the death of someone who was significant in his or her life is normal.

What I hope that people will come away with after reading this is the realization that there are many kinds of losses and many kinds of grief. Not everybody’s experience is the same, so don’t make assumptions. It’s human to go there, but the minute you start finding yourself making an assumption about someone or judging them, just remind yourself that you don’t know.

Carol herself has experienced disenfranchised grief related to the death of her father.

I think I saw him four times in my life and when he died, I can’t say I had an ounce of sadness. I felt flat. But the sadness came in when I revisited the sadness I had spent my whole life in front of — the sadness of not having a father. I held the fantasy for 44 years that we would have this deathbed reconciliation and we didn’t.

When there’s a relationship that was either verbally or emotionally abusive or the person was absent in your life, there’s no deep connection, only years of hurt or dissatisfaction, you may grieve what never was. Those things don’t leave, they’re part of who we are. Some people wrestle with anger over it. I don’t, just sadness.

Another emotion that some people wrestle with when a loved one dies is guilt. They feel guilty because they didn’t deal with something when the person was still alive or believe that something they did or didn’t do somehow contributed to the person’s death.

“The classic example,” said Carol, “is if my loved one took his or her life and what did I miss? This wouldn’t have happened if I just fill in the blank and that feeling of I am responsible for what happened. They may feel judged, which makes their grief even more complicated. When there is this extra layer, it needs to be worked on before you can move freely to the next phase of the grief journey.” 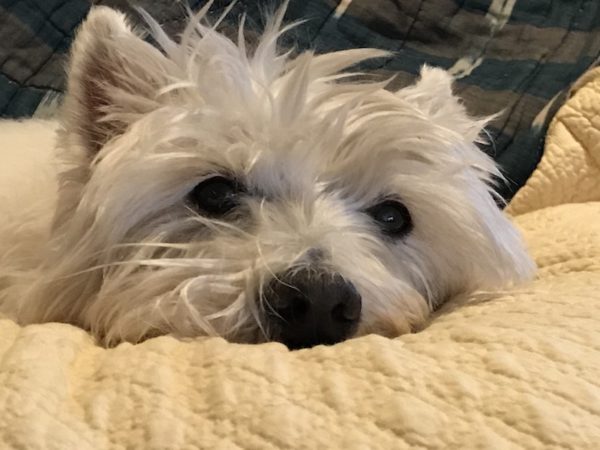 And what about grief that may go unnoticed or downplayed in some way? There are a number of reasons why that might happen — one of them is if you lose a pet. Fortunately, Beth Van Gorden has had the opposite experience. She lost her dog, Bonnie, about a month ago and people have been kind and thoughtful, especially the kids in her neighborhood who told her they were sad to see her without Bonnie.

“I had her for 11 of her 15 years,” Beth told me. “She was with me 24/7 and gave me unconditional love. I live alone so she was my companion and also a vehicle for me to get out of my house four times a day, interacting with my neighbors and keeping abreast of what was going on in my neighborhood.”

The loss of a friend 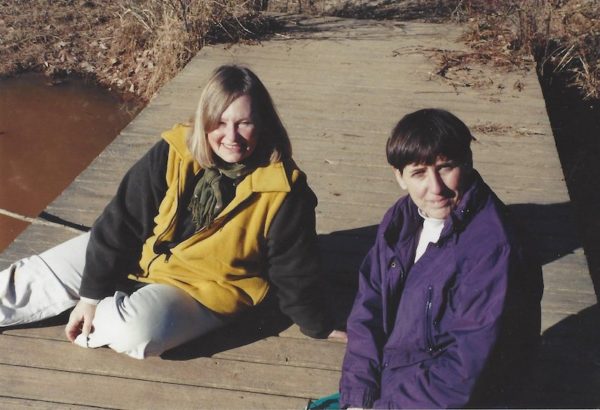 Beth also knows what it’s like to lose a human friend. Eileen Rubin, who was one of her closest friends, died of cancer in 2015. Beth made regular trips to North Carolina to help Eileen and her family when she was ill and was with her when she died.

“I just knew that she didn’t have much time left,” she said. “It was intuition. I was in Maine and I decided to go down. And she waited. She waited for me. It was an incredible honor to be with her. Her son was holding her and she took her last breath. I think she needed me to be there. I think it was part of our deal in this life that I was going to be there.”

Beth keeps in touch with Eileen’s family and found solace and support in her friends.

“We’ve all gotten to ages where we friends who have died,” she explained. “Some of us have the same friends who have died and so, we get to share that. I felt very fortunate that I had a group of people who could be supportive. I think that’s crucial. I think that for all of us, grief is different and nobody processes it in exactly the same way and it all needs to be respected.”

How to support someone who is grieving

Beth was fortunate to get the support she needed when Eileen died and is getting now with the death of her dog Bonnie. Carol Schoneberg’s client benefitted from what she called the “gift of a support system” that extended beyond family and friends. She highly recommends outside support, such as hospice and some sort of spiritual support — a priest, a rabbi, a minister. Someone who has your perspective and your back.

We don’t always know what to say or how to act when we’re in the presence of someone who is mourning. Sometimes our foot goes right into our mouth and other times our feet take us off in the opposite direction and we don’t say one word at all. Not even “I’m sorry for your loss”.

Everyone I interviewed for this series passed along some advice about things people said or did that helped and things that didn’t. I’ll share their wisdom in the final segment of Living With Grief.