Boost your memory. Take a walk 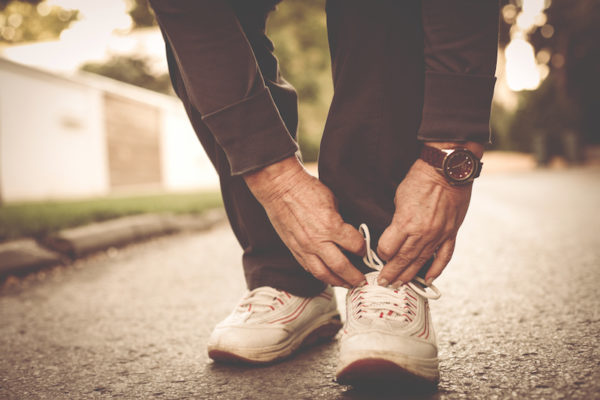 Think you could manage a brisk hour-long walk twice a week? If so, it might improve your memory. It’s funny (or not) that it didn’t bother me that much if I forgot something when I was younger. Now it’s a different story. First thought that comes into my mind is “I hope this isn’t the beginning of dementia.”

Anyway … some studies have shown that brisk aerobic exercise can cause changes deep in the brain, particularly in the hippocampus, which is responsible for storing and retrieving memories. Unfortunately, like many parts of our bodies, it usually atrophies as we age. That means it shrinks, which can lead to memory loss.

In one study, researchers at the University of Pittsburgh and University of Illinois at Urbana-Champaign measured the cardiorespiratory fitness of 165 adults between the ages of 59 and 81. Then, using MRI, they analyzed the volume of the hippocampus of each participant and conducted some memory tests.

The same researchers had done a previous study in which they took 120 healthy, but sedentary people between the ages of 55 and 80 and divided them into two groups. Half of them walked 40 minutes a day, three days a week for one year. The others only did stretching and toning exercises.

They did brain scans on the participants before and after the study so they could compare the size of the hippocampus. At the end of the year, in those who only did the stretching and toning, the hippocampus had shrunk 1.4 percent, which is consistent with normal aging.

The people who walk fared better. No shrinking of the hippocampus. Instead, it increased in size by 2 percent. According to the researchers, the size increase amounts to turning back the clock about two years.  What that means, they say, is that a shrinking hippocampus is not inevitable.  The shrinking can be reversed with just moderate exercise. Like taking a brisk walk for an hour twice a week.

What isn’t known for sure is what happens to the hippocampus when you stop exercising and what benefits there might be for people who exercise more intensely and more often.

But what they do know is good enough for me. Instead of working from home every day, I now have a co-working space in town and I park several blocks away. The incentive is that it’s free parking, but the added bonus is that I get to take a brisk walk twice a day. (How’s that for positive thinking?)

It’s not only our memories that may benefit from a brisk walk or some other form of regular aerobic exercise. Here’s what can happen:

How could you resist the temptation? Put on your hat and coat and some walking shoes. Make sure to stop and say hello if our paths cross!