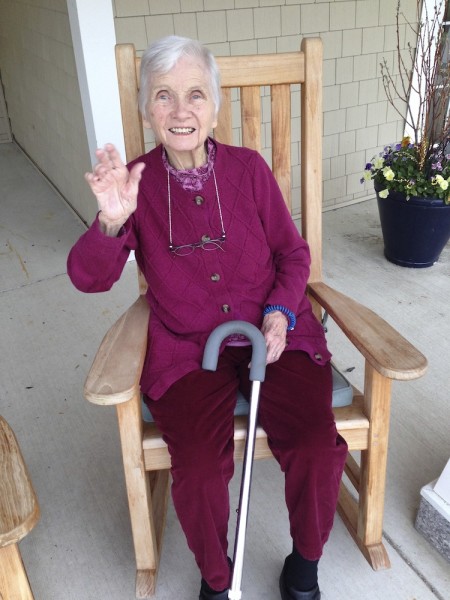 My mother has lived at Avita of Stroudwater, a memory care facility, for nearly two years. Like any one of us, she wanted to stay in her own home. Even after my father died. And it was a big house — two stories, plus an attic and a basement.

When we asked how she was doing, she’d always tell us she was fine. Those of us who lived nearby made more frequent visits, spent the night, checked in by phone.

We began to notice that she couldn’t keep up with her bills and would write little reminders to herself on scraps of paper and backs of envelopes. We’d ask what she had to eat. Gradually, she couldn’t remember if she’d even had a meal. That’s when we decided to hire caregivers to help out, first for a few hours a week, then daily.

My sister and her husband eventually left their home and moved in upstairs, which was set up as a separate living space. When it was no longer possible for them to stay, the caregivers came more often and stayed longer. Here’s where I need to put in a plug for Rich Blumenthal and his home care agency Advantage Home Care. I can’t say enough about the care they provided. (Disclaimer: I now write the Advantage Home Care blog.)

About two and half years ago, another sister took a three-month leave of absence from her job in Florida and moved in. I prayed she would miss the Maine climate so much she’d decide to stay. But she needed to get back to her job and her own family, and so with great reluctance, she went back home.

We increased the caregiver hours and my other three sisters and I (there are eight of us kids – five girls, four in Maine, and three boys, all out of state) rotated night shifts. We did that for several months and it took its toll. We had jobs, families, our own homes and various responsibilities.

We were often sleep deprived and filled with anxiety about what to do. We had promised our mother that we’d do whatever possible to keep her at home but it just wasn’t working anymore. We all considered moving her in with one of us, but for a variety of reasons, especially safety, we knew it wouldn’t be a good solution, 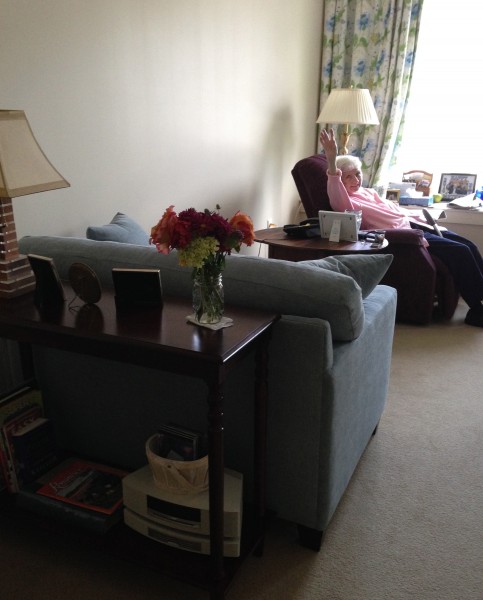 I took her to see her doctor, who is a gerontologist and dementia specialist and he agreed that she wasn’t safe at home anymore. I had several conversations with all of my siblings. Together, we decided it was time to look for an appropriate memory care facility. We investigated several and decided on one right in her own hometown. Avita of Stroudwater on outer Spring Street in Westbrook, Maine.

At the time, it had only been only been open about a year. The first thing we noticed was that it was clean and beautifully decorated. No, that’s not why we chose it, but outward appearances do count in the final tally.

There are three communities, Summer, Spring and Fall. Spring had just been completed and there were several “studio apartments” available. We liked the layout of the common space — large and open with a small kitchen and counter, tables for eating and doing crafts, games, whatever. A nice living room area with several comfortable couches and a flat screen tv. A small sun room and a large beautiful garden. All locked and secure.

We didn’t see a thing we didn’t like, but the one thing that stood out above all was that every single staff person we encountered on our visit, wherever we were in the facility, spoke to us. Looked at us and smiled and said hello. Every single one. Good training, yes, but it didn’t happen at any of the other visits we made. In some places, we felt invisible. Last, but not least, we talked to some other families and decided that Avita was the best choice. 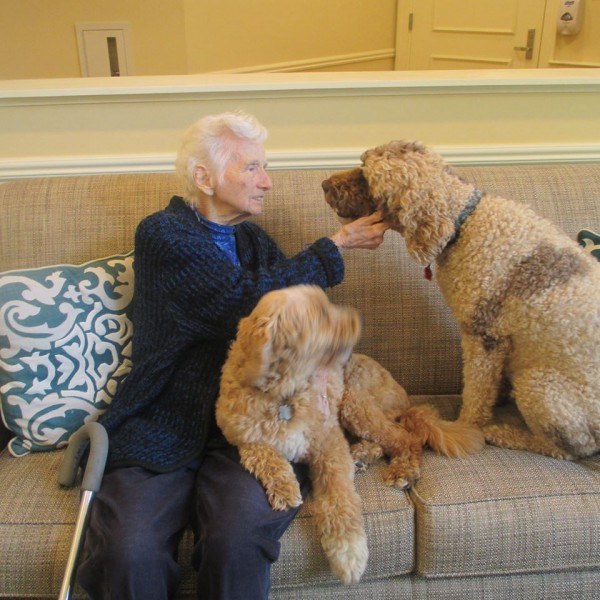 Mom with a couple of visitors. Source: Avita of Stroudwater

Getting my mother there was a challenge. She didn’t want to go, but we explained that her doctor was concerned about her safety and that we should at least give it a try. For several days, she was pretty ticked off and would ask repeatedly how long she had to stay and who put her there. But one day, I think about 10 days in, she told me that it wasn’t such a bad place. She wasn’t unhappy there — she had her own private space but could go wherever she wanted and the people were nice. She thought she might like to stay!

She’s been at Avita for nearly two years and still says the same thing. Looking back, it was the smartest decision we could have made. It might not work for other families, but it has for ours, especially for our mother. She’s safe, she’s happy and she’s engaged in lots of different activities that she enjoys. She even goes to her own church every week, where she runs into relatives and friends she’s known for years. She may not always remember who they are, but many will report back to me, “I saw your mother at church last week. She looks great!”

August 12 my mother turns 90. We’re already planning the party. I don’t know how much time she has left on this Earth, but I’m grateful that she’s been in a caring, secure environment these past two years — a sometimes indulgent environment!  When it’s late at night and she’s hankering for a bowl of chocolate ice cream someone is always there to make sure her sweet tooth is satisfied.

If you think this post is basically an endorsement for Avita, you’re right and if you want to know more you’ll find information on the Avita website. If you’d like to speak to me personally, send me an email. In full disclosure, if someone I refer moves into Avita or Stroudwater Lodge, the independent and assisted living community currently under construction next door, both that person and my mother will get a one-month rent reduction. Every penny counts!

Avita is a Catching Health sponsor. It was not a sponsor at the time I wrote this post, nor was I paid to write it. It was an honest assessment and came from the heart.