Time to pick up your winter farm share and get some healthy recipes, too 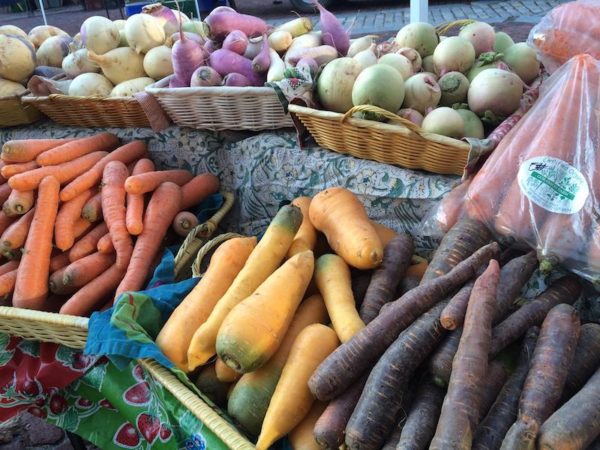 For instance, at Goranson Farm, a third-generation certified organic farm in Dresden, Maine, you can still sign up for their winter CSA program and get a healthy share of organic veggies every month. Now wouldn’t a winter farm share be a great gift for someone on your list? Or for yourself?

Check out what people are getting in this month’s share:

People can pick up their winter share right at the farm or at one of three drop-off locations. 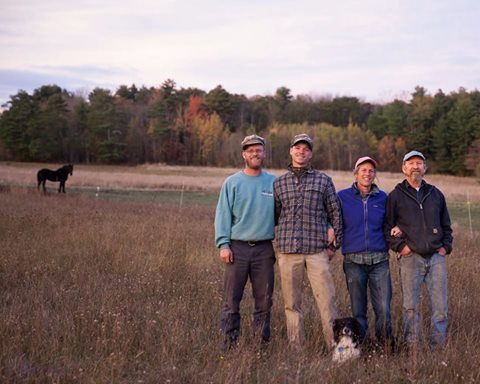 Generally, when people sign up for a CSA, along with their farm share, they also get tips and recipes. That’s what they do at Goranson Farm. Jan Goranson, who owns the farm with her family, sent me two recipes.

They both call for spinach, which isn’t on their list of shares, but kale is and it’s a great spinach substitute. The kale they sell is small leaf, so it doesn’t have to be cooked as long as large leaf kale. The first recipe gives three options for cooking spinach or kale or most greens, for that matter.

The second recipe is for spinach or kale and turnips. I confess I didn’t learn to like turnips until a few years ago. I thought they were bitter because as a kid, what I was served were turnips that were boiled and mashed and that was that. This recipe has a bit more kick to it.

Jan says in this month’s share their white turnips are Hakurei. “A Japanese turnip that cooks up quite quickly,” she said. “They are sweeter than the purple top white turnip that grocers carry now, but certainly, any turnip can be used.”Both recipes came from one of Jan’s customers and were originally from the cookbook Classic Cooking from India by Dharam Jit Singh, Houghton Mifflin 1986.

And by the way, spinach, kale, and turnips (root vegetable) are all really good for you. Time to get cooking.

Spinach with Turnips (substitute kale or other greens)