What you may not know about the flu 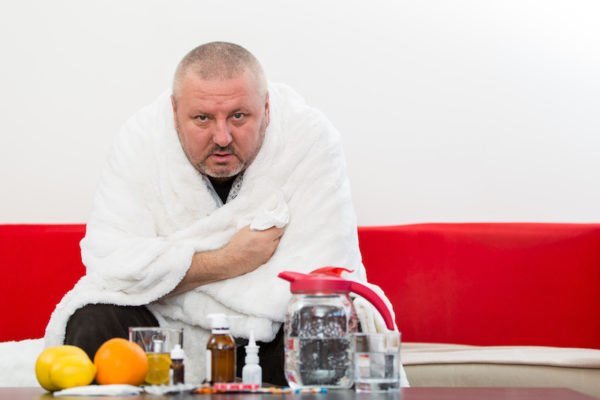 Flu season in Maine last year (2017) began early and continued to be widespread as spring approached. By its official end, 1772 people had been hospitalized and 82 adults had died as a result of their illness.

As we step into the 2018 flu season, I wondered what lessons we learned, if any, from last year’s experience. I got some answers from Dr. August Valenti, an infectious disease specialist, and Maine Medical Center’s hospital epidemiologist. 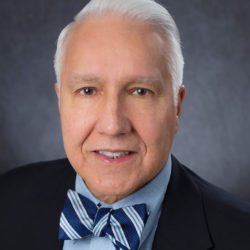 What stood out about last year’s flu season?

The first thing is that we had a decline in the number of people who got influenza shots and that is very disconcerting. Another thing we learned is that it was a particularly bad flu season largely due to the H3N2 virus, which is a particularly difficult strain. The vaccine match wasn’t exactly where we would like it to be. The CDC reported that the vaccine was only 40% effective and other places reported lower than that.

They beefed up the vaccine this year, so we’re hoping that it’s going to be more effective. Even if they don’t have quite the right mix, the flu vaccine does provide some protection.

We’re also offering more varieties of vaccines this year. Last year, they didn’t approve the live attenuated vaccine, which is a nasal spray and this year they did. They’ve made improvements in that vaccine so it’s more effective in H1N1. 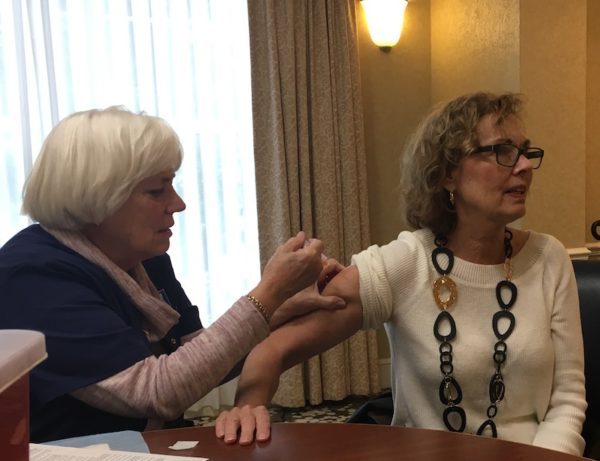 Who should get a flu shot?

The CDC recommends that everybody over the age of six months gets vaccinated before the end of October because it’s hard to predict when flu season will begin. A lot of people are waiting because sometimes our flu season here in Maine is a little bit later, but we don’t advise that.

Youngsters who get their first flu shot between the age of six months and eight years need two doses. You want to start that before flu season begins because you have to separate those two shots by four weeks. That’s important.

Do you know why fewer people got flu shots last year?

A lot of it had to do with people who are now on social media and and also the regular media who are not getting good information on vaccines. People have been concerned that certain celebrities or key politicians are anti-vacciners and so they have been afraid to get the vaccine. There are a lot of misconceptions. There was a study that showed a large percentage of parents who have kids under the age of 18 who still think you can get the flu from the vaccine. The other one is that people are worried about autism. Even though there’s no convincing link at all between autism and vaccination, that still is circulating around the Internet.

As a doctor who specializes in preventing and treating infectious diseases, it must frustrate you when people refuse to get a flu shot.

It’s very frustrating. I follow this very, very closely and when you see so many people, especially elderly people, die of influenza complications, that is troublesome. The more people in a community or a population who get immunized, the more it slows down the spread of influenza. We call it herd immunity. You want people to protect themselves and you don’t want folks who are caretakers spreading influenza. You don’t want someone in the household who is elderly or immunocompromised getting it, you don’t a woman who is pregnant getting it. If you get the flu in the second and third trimester, it can hurt the child and the mother. Vaccination has been important in the elimination of so many illnesses. That’s why I’m so committed.

Can you get the flu from having a flu shot?

There are a lot of reasons why people have that misconception. Sometimes they get a cold and it’s not really influenza or sometimes they get the flu before adequate antibodies have built up from the shot. You have to wait at least two weeks before you start to get really protective antibodies. And then sometimes the vaccine may not be all that effective for some people. I got influenza after a flu shot maybe two years ago. And boy, oh boy, I was sick. I know it wasn’t from the shot because outside of the live attenuated nasal spray, all the other vaccines do not contain live virus. You don’t get the flu from a flu shot.

How can you tell if you have the flu?

I always tell people who say they had a touch of the flu, no you didn’t. Nobody gets a touch of influenza. It is very memorable in most situations for adults. The guideline that I use and this is not a strict guideline, is I want patients to tell me that they had a sudden onset of chills, fever, and very bad muscle and body aches. Some people don’t have a fever with influenza and their illness might be mitigated if they got vaccinated. Even so, most people really know they have influenza and it lasts. You’re sick for quite some time, in some cases for three weeks.

How is flu confirmed?

They can do a rapid test and swab your nasal pharynx

The average young, healthy athlete may not have to, but if you are somebody who is particularly vulnerable to the flu, yes. I’ll give you some examples: If you’re immunocompromised because, for instance, you take a medication that reduces your immune response to infections; if you are pregnant; you’re older; you have a respiratory illness, particularly asthma or COPD; or you have kidney serious kidney disease. And if you’re living with somebody who could really be affected by the flu, someone who is elderly or vulnerable and you get the flu, you might want to get treated.

How can the flu be treated?

There are two antiviral medications. the FDA just approved a new one last week called Baloxavir Marboxil. It’s just a single dose, but you have to take it within 48 hours. People say it’ll cut down symptoms by about a day or two, but, of course, if you have influenza, another day of grace is great. The other is the old standby Tamiflu. It’s been around a long time and sometimes, when people can’t get flu vaccines, we’ll use it for prevention. We might use it in a nursing home outbreak, in a confined area. If there’s a lot of flu in the community during flu season and you’re presenting with symptoms, your doctor might decide to treat you without confirming you have the flu.

Besides getting a flu shot, is there anything else we can do to help protect ourselves and others?

There are two things I like to emphasize all year round but especially this time of year. Good hand hygiene and respiratory etiquette. Cough or sneeze into your sleeve, don’t store tissues. Throw them out and wash your hands. Be careful about touching your face after you touch surfaces because influenza and other viruses and vermin can be on them. Nasty germs that can be deadly.