Weight Loss Shows. Who Really Ends up Being the Biggest Loser?

By Charity Hirst
Director of Marketing and Public Relations, the Medically Oriented Gym

As a facility that promotes health and wellness, the Medically Oriented Gym (the M.O.G.) fields a lot of questions about the latest health and fitness trends. Recently, we were asked to provide our professional opinion about reality TV weight loss shows.  Things are not always black and white, but there are very apparent philosophical differences between the methods carried out on some of the weight loss shows and what we at the M.O.G. believe to be appropriate messaging about healthy living. 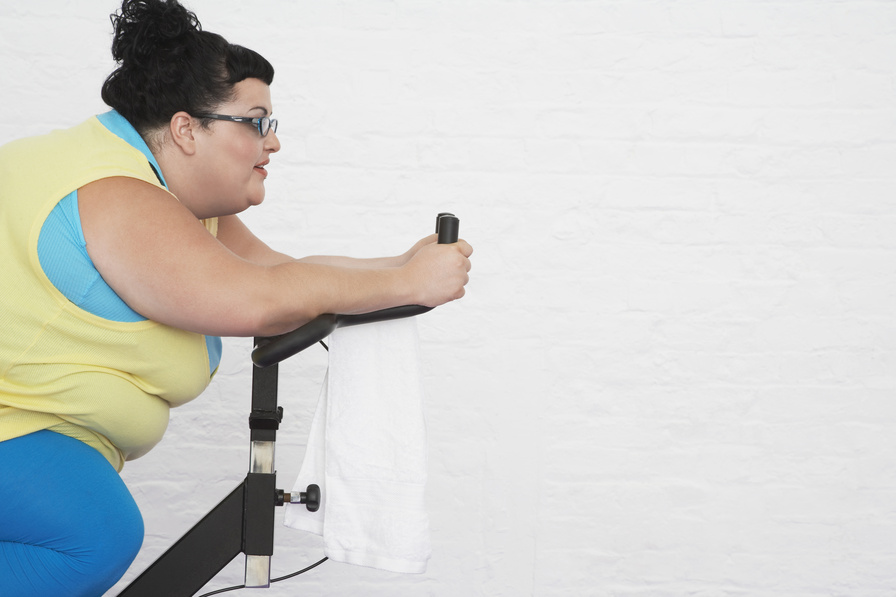 For anyone unfamiliar with the reality show concept, overweight contestants typically compete against each other to shed pounds and win the grand prize. Those who lose the least amount of weight risk being voted off the show each week. While the programs’ premise may seem to be a motivation for people to lose weight, at their core, most are just game shows. To make positive, lasting lifestyle changes, they need to be balanced with some discussion about healthy ways people can achieve their goals.

Of course, everyone’s diet/fitness level can always use improvements, and there’s no denying that America has a weight problem. Although some of the weight loss shows might prompt good discussions about diet and exercise, many promote unhealthy, unrealistic methods of weight loss. In some cases, contestants’ diets are severely restricted to around 1,200 calories a day. Using this barely minimal caloric intake as fuel, they exercise for 4-6 hours a day until people frequently collapse or get physically sick. Then the trainers scream at them to shake it off, shaming them into believing they can — and should — push through the pain and exhaustion. Contestants may be expected to lose several pounds each week, when a healthy rate is one to two pounds a week at the most. Off camera, it’s rumored that some contestants will do anything to get the numbers on the scale lower, such as dehydrating themselves or using laxatives or other unhealthy methods for quick weight loss.

A prime example is Rachel Frederickson, who appeared dangerously thin when she was declared the most recent winner on the show The Biggest Loser. According to a story on CNN, Frederickson went from 260 pounds to 105 pounds, losing 59.62 percent of her body weight. At 5 feet, 5 inches tall, that puts her body mass index at 17.5. Anything under 18.5 is considered underweight and can have serious health repercussions.

Frederickson has since regained 20 pounds and now weighs 125 pounds, putting her BMI at a healthier 21.5. Even if her drastic weight loss was done for the sake of the cash prize and she didn’t end up with an actual eating disorder, the damage was done to her body. What’s more, the message this and other shows send season after season — rewarding someone for losing a lot weight in a very short time using unhealthy methods — is disheartening. I’m not sure who really loses more: the last “biggest loser” standing at the end of the show or the millions of people watching and thinking this represents the gold standard in health and physical fitness. 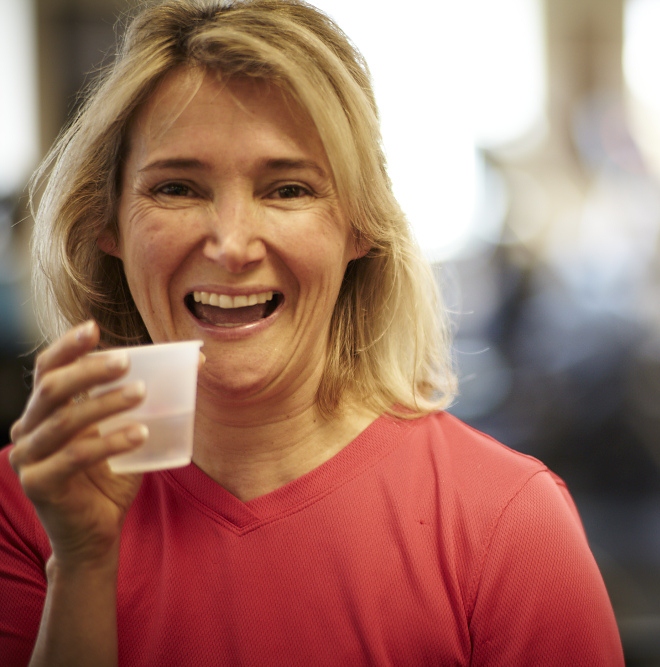 How to become the biggest winner

Research demonstrates that rapid weight loss programs are not recommended nor do they support any correlation to long-term success. If you want a healthy place to start making lifestyle changes, check out these 7 Simple Steps to Becoming the Biggest Winner, provided by Jaclyn Morrill-Chadbourne, M.A., clinical exercise physiologist at the M.O.G.

STEP 1: Assess your Readiness for Change. Embarking on something that you are not ready to do could be harmful because an unsuccessful program could impair your self-esteem and dampen future efforts to achieve your healthy lifestyle goals. Before setting any short or long-term goals, it is recommended to take some time to reflect on your reasons for wanting to set these goals and initiate this journey.

STEP 2: Realize you are an individual. Just as with success, we define what “healthy” means to us. This is an individual aspiration and although our loved ones can help to motivate us to want to make changes, we ultimately need to aspire to our own picture of “healthy” in order for us to stick with new lifestyle changes. Define what healthy means to you!

STEP 3: Eat real food. Evaluate where you can make minor changes in your dietary intake. Increase fruits, vegetables and water and decrease your intake of sugar and processed food. Eat close to the earth and prepare as much food as possible on your own. But be realistic — don’t expect perfection! You can start by making small nutritional changes that have a big impact on your health! And remember … FIBER is your FRIEND!

STEP 4: Don’t “DIET.” Always remember that a calorie is not just a calorie. Contrary to what we were taught in school many years ago, it is not just as simple as calories in, calories out. Many different factors make up the quality of the calories you take in (or expend). To determine what the best foods are for YOU, it is best to contact a Registered Dietitian or qualified healthcare professional.

STEP 5: Exercise. Choose an activity you enjoy and get some professional advice on the right activities for you and how to do them safely. It should challenge your muscles so you get stronger, but exercise should not hurt. No Pain No Gain does NOT pertain to YOU if exercise is done properly.

STEP 6: Focus on progress. Rid yourself of the All IN or All OUT mentality. Rather than telling yourself, “I need to lose X pounds,” set small goals toward better health and be proud of your accomplishments in the process. Many times if we set a goal and don’t achieve it, we give up all together thinking that if we don’t make it to the summit of the mountain, then what’s the point? You still made progress — reward yourself for that, then get up tomorrow and do it again. If you fall into old habits, don’t beat yourself up — tomorrow is another day.

STEP 7: Simple Strategies. Start with a small goal. Switch from drinking soda to seltzer water. Keep raw nuts, carrots and high fiber foods readily available for snacking. Take a therapeutic walk every day. When you’re stronger and ready for something new, challenge yourself a little more.

Everyone has different health goals and the way we approach them is not a one-size-fits-all process. It’s about more than just numbers on a scale. It’s also about your energy, how you feel, and so many other factors. Health is a journey and we are all on it together, but in different places. When we understand that and support ourselves and each other, we all win.

Do YOU have any healthy weight loss strategies that might help someone else? Please share in the comment section below or send me an email. Thanks!