Why this woman has no room in her life for hatred, although some might not blame her 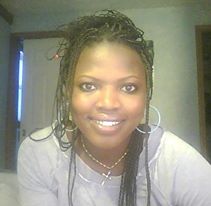 Nyamuon Nguany has a story to tell. When she told it to me, I felt anger and deep sadness. And hatred. Emotions that she knows well. But she also knows that her life is too important to waste it on hatred. That she has a larger purpose. “I feel that nothing happens by mistake,” she says. “We can take every bad thing that happens to us and create some sort of message out of it. The most selfish thing that we could do with our healing is to keep it to ourselves.”

And so, here is the story of Nyamuon Nguany, who is 25 years old, lives in Portland, Maine and goes by the name Moon.

Moon’s father is from South Sudan. At the age of 12, he was a child soldier, handling dead bodies and “stoning up” his heart so he could handle what he had to see and do. Moon has seen the scars on her father’s back and felt the scars in his soul.

Her mother is from Ethiopia, where Moon was born (she has seven siblings) and where the family lived because it wasn’t safe in Sudan. When she was five they moved from a refugee camp to Portland, Maine. “Moving to Maine was one of the biggest blessings,” says Moon. “I was very protected because I was in a culture that was very curious about where I come from in a very non-judgmental way. I didn’t get a harshness that some people might have felt

[someplace else]. I call myself an African Mainer. “

She attended Cathedral Grammar School and clearly remembers learning about Joan of Arc at age seven. She whispered into the dark that she wanted to be her. “It was extremely uplifting for me,” she says. “I became completely obsessed with her story. That a woman so young could make such a difference and revolutionize the world.”

Moon had no idea that Joan of Arc would play a pivotal role in her own life beginning a year later when she was eight. When the sexual abuse began. Not just one time, not just one man. It lasted until she was 13 years old.

“I had to decide either I was going to lose my mind or maintain some sort of purpose and happiness and I always referred back to Joan of Arc,” she explains. “I would say well, Joan of Arc went through this and she went through that and everybody thought she was crazy. I had to tell myself you can either lay down and be selfish or you could rise up and be that person that you first whispered as a child into the universe that you wanted to be.”

The sexual abuse stopped when Moon went to live with a couple who became her guardians. No perpetrator was ever punished. One died when he went back to Sudan to fight in the war. Moon says she has no idea whether the others are. 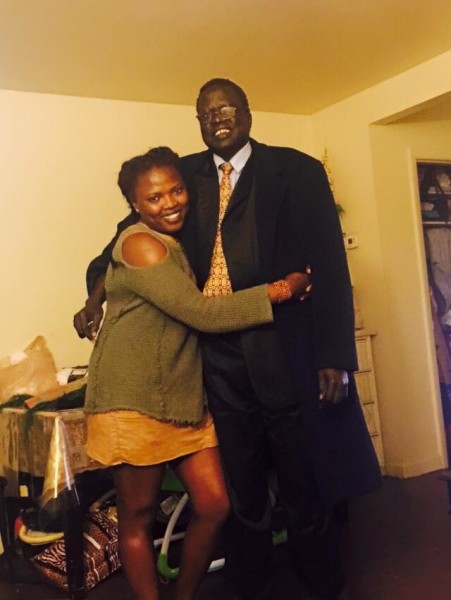 The whole experience nearly destroyed her family. Her mother was heartbroken. Her father was stoic. A reaction that was held against him. “There was such harsh judgment on my father for being the stern strong man who didn’t understand what his daughter was going through, “says Moon. “Because we don’t have depression in Africa. There’s nothing like that. It’s almost like it’s a spiritual sickness and you just need love. And it’s more like let’s sweep it under the rug, let’s not bring shame to the family. Because he reacted that way they said he was negligent. He’s not and he wasn’t. It’s a different culture.”

A rift developed between her parents. They divorced for two years and he was gone for the latter part of Moon’s high school years. Her parents are now back together and she says her father is her best friend.

So much healing. Moon says hers began the moment her guardians “rose up and got upset over what happened to me.” It gave her a little bit of power and opened her up to writing poetry. A catharsis. “In the beginning, my poetry was very, very dark,” she says. “I was not in a place of forgiveness. Gradually there was a little bit of light in my work and then it was more about me renouncing the term victim and becoming more than that.” 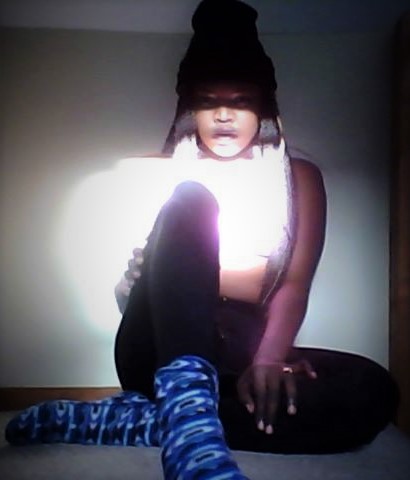 The healing didn’t happen overnight. In high school, she had a tough girl persona. “I was going to be so strong and so tough and so aggressive that no man would ever want to come and mess with me in that way,” she says. ” I wouldn’t take any crap from anybody. I always wanted to prove a point. Always wanted to prove I was tough. Prove I wasn’t a victim. I hated people thinking of me as weak. Inside I was a torn up little girl.”

She cycled in and out of Spring Harbor Hospital and struggled with depression, anxiety, and panic attacks. She was diagnosed as bipolar and treated with medications.

She continued to write her poetry. She started playing basketball. Won a basketball scholarship to Becker College. She joined the military — four years in the Army National Guard. 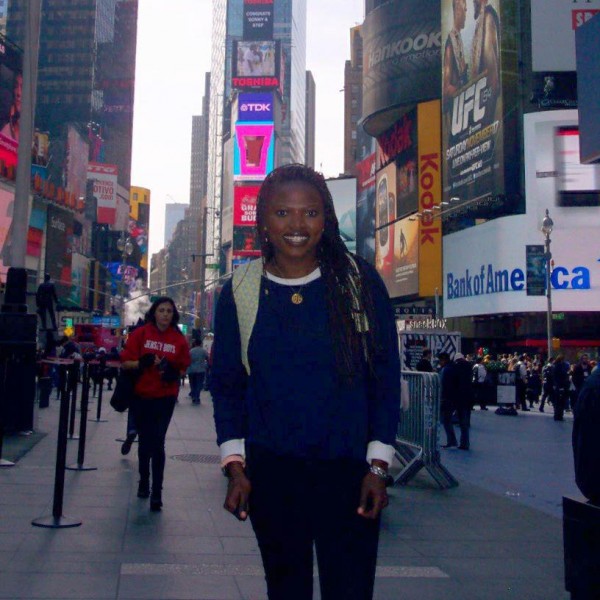 Today, Moon is completely off any medications and while she goes through stretches of depression and still deals with anxiety and panic attacks, she knows what to do. “It’s a daily struggle,” she admits. “You just have to find that one inner voice that tells you you’re way beyond this and you’re so much bigger than this and your purpose is much bigger than this.”

She is clear about her purpose. To prevent sexual crimes against women and children. “I am a firm believer that nothing happens by accident,” she says. “I feel that everything that has happened in my life brought me to the point where my heart is sore for certain subject matters. I can be in the room with a young person and almost within the first three minutes I can tell if there’s been some sort of sexual abuse in the child. I wouldn’t know that if I didn’t have first-hand experience.

Moon is currently a regional coordinator for Youth MOVE Maine, a youth advocacy organization that works with young people in transition. She creates programs and projects to help break down stigmas about mental health and other struggles that youth have. She helps give them a voice.

She’s on the board of directors for Humanity’s Promise, a non-profit organization that provides humanitarian relief to people living in South Sudan, western Ethiopia, and Kenya.

And she’s active in the Women’s Federation for World Peace, doing some PR work and connecting with the younger audience.

On Thursday, May 5th, Moon will go to Washington, DC to participate in a panel discussion for National Children’s Mental Health Awareness Day. The event — Awareness Day 2016: “Finding Help, Finding Hope.” starts at 7 pm and is hosted by the Substance Abuse and Mental Health Services Administration (SAMHSA). It will explore how communities can increase access to behavioral health services and supports for children, youth, and young adults who experience mental or substance use disorders and their families.

Even if you can’t be there in person, you can participate in the event.

Except for this blog post and through her poetry, it will be the first time Moon has told her story publically. “The biggest thing I want,” she says, “is for people to be encouraged and understand that because something happened to you, you don’t have to take on that shadow of a victim. You can find power in the very thing that was meant to destroy you. I also want to shed light on the cultural differences that we have here.” 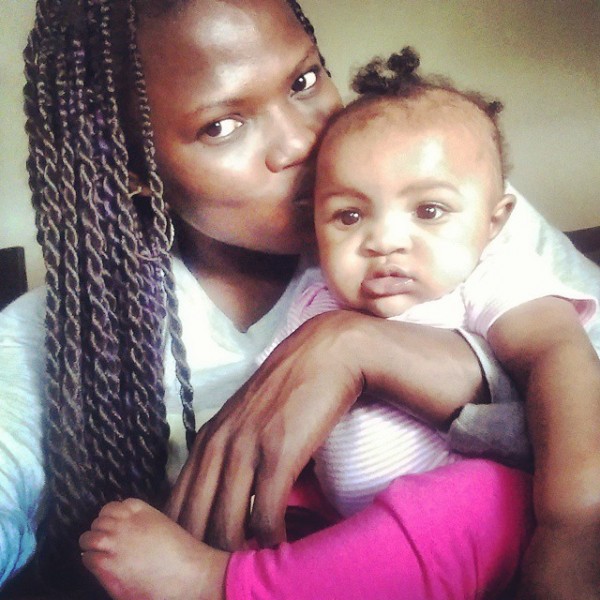 She could have been destroyed because of what happened to her as a child, but instead it gave Moon Nguany a purpose. And today, she says there are two driving forces in her work: “Everything my father has gone through and how I always loved and understood him. And my 15-month old daughter Naomi. I look at her and she has so much innocence and I want to protect her. In ways that I wasn’t protected. I’ve healed myself and now I want to heal others. I feel great. I’m very anxious for a hurting world, but I feel great.”