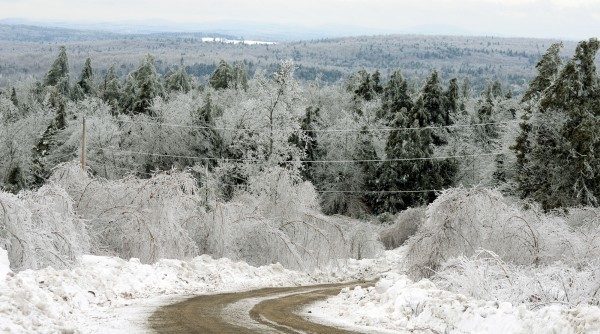 Medicare fraud during an ice storm

Twenty years ago, most of the state of Maine was covered in a sheet of ice. The infamous ice storm of ‘98 began with a quiet drizzle and grew into a massive combination of heavy rain, sleet, and ice. Half the state lost power, in some cases for months. Every single county was declared a federal disaster area.

In the small community of Calais, which sits on the Canadian border, Dana McGovern, who owned and operated McGovern’s Ambulance Service, transported a number of older people who were without power, water, or electricity to local shelters. “He went door to door to their homes and he would put three or four people in the ambulance, take them and drop them off at the shelter,” Gloria Rhode told me. Gloria is the Statewide Coordinator for the Senior Medicare Patrol (SMP) program in Maine.

Come to find out, Dana McGovern wasn’t helping seniors out of the goodness of his heart — he was using them to bilk Medicare. “About a month later,” Gloria explained, “one of the women got her Medicare summary notice in the mail and she saw that Medicare had been charged for her ride in the ambulance, along with medical treatments and medication. It was well over a thousand dollars.”

With the help of SMP volunteers, the woman filed a complaint with the Attorney General’s office. She wasn’t the only one to complain and in short order, the feds showed up in Calais, looking for McGovern. “Through their investigation, they found hundreds of cases that he had fraudulently billed Medicare for,” said Gloria. “At the time, it was the biggest single fraud case in the history of Medicare.” McGovern eventually pled guilty to Medicare and Medicaid fraud and admitted to bilking the system out of around $800,000. Yes, he went to jail and was ordered to pay back the money.

You need to be vigilant

Unfortunately, Medicare fraud is still rampant and takes on many different forms. Ten years ago, several federal agencies got together and created the Medicare Fraud Strike Force to help combat the problem. As they continue working to spot and prevent cases of fraud, punish perpetrators, and recover the money they’ve stolen, it’s important for individuals to be vigilant, as well.

Sure, billing mistakes can happen — a wrong medical code on a claim, for instance. But that error could change how much you end up paying out of pocket or even prevent you from being reimbursed for a future claim. You should always write down the date you had an appointment or received medical services and save any receipts and statements. When you get a payment notice from Medicare or your insurance company, take a close look and compare it to your own records. If you see a mistake or something that doesn’t look right, notify the billing office.

Senior Medicare Patrol has a lengthy list of potential frauds on its website — you might be surprised at some of the scams people will pull. One of the most recent that Gloria is aware of is people getting a postcard in the mail that says if you have back pain, you are entitled to a free back or neck brace through Medicare. For any equipment to be covered by Medicare, a doctor’s order is required. People who have received the postcard have actually given the sender the ok to call their doctor to get that order. It seems unbelievable, but it happens. “I think it’s because the people who perpetrate scams and frauds are believable,” says Gloria. “They are very likable and they obviously prey on people who are vulnerable.”

When someone realizes they’ve been scammed, it’s not easy an easy thing to admit. “They’re embarrassed,” she said, “ they don’t want people to think they’re not capable of making good decisions or choices. They’re afraid somebody might put them away or take away their rights. So, they don’t report it and scammers know this.” 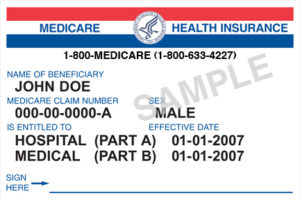 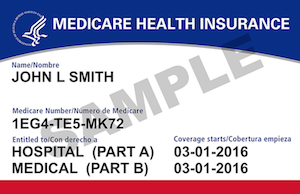 About those new Medicare cards

The time is now ripe for some other old scams to surface as over the next 12 months, Medicare mails out new cards to its 58 million enrollees. Instead of showing the person’s social security number, each card will have a unique 11-character alphanumeric Medicare Beneficiary Identifier (MBI). Those social security numbers made it easy for scammers to open fraudulent bank accounts or file bogus tax returns or commit other nefarious schemes to steal unsuspecting people’s money and identities.

What are these old scams that are popping up again? Well, you might get a call from someone who says that with your new Medicare card you are entitled to a refund on premiums or prescriptions costs. Only, in order to get that refund, they’ll need some information to set up direct deposit to your bank. Uh-uh. First of all, If you’re on Medicare, that information is already on file and if you were really entitled to any refund, you would get a check in the mail.

Not only are those all false statements, someone from Medicare would NEVER call you unless they are responding to a complaint or question that you filed. “The consumer has to make the initial contact for Medicare to get involved or call the consumer,” said Gloria. “Medicare is not going to randomly call people. They don’t have enough staff to do that.”

If you get a call out of the blue from someone claiming to represent Medicare, hang up and call Medicare’s 800 number (below) to find out what might be going on. Another piece of advice regarding the new cards — make sure Social Security, the agency that handles Medicare, has your current address. You can do it online or call your local Social Security office. Because its a government document, if it goes to the wrong address, the post office cannot forward it to your new address.

Take action and protect yourself

If you suspect Medicare fraud

For more information about protecting yourself against Medicare fraud

This blog post was originally written for the Northbridge Companies blog. Northbridge is a Catching Health sponsor.