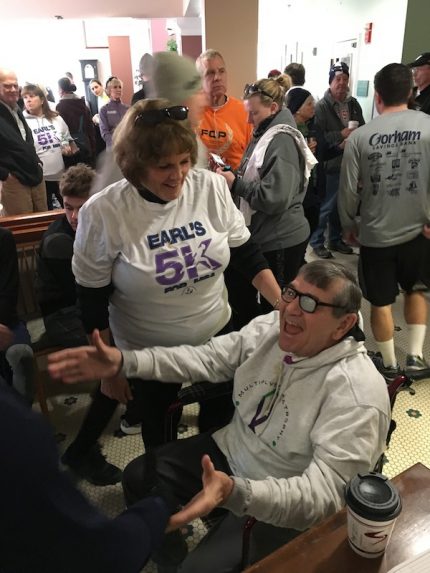 When Judy Cutter’s co-workers told her at the end of the summer they wanted to host a 5K walk/run in honor of her husband Earl she figured it would happen next spring.

In just three months they pulled it off, drawing in nearly 200 people. Of course, they did. What person who has been touched by Earl Cutter and his family wouldn’t want to help out?

Until his retirement a few years ago, Earl was the head of the language department at Westbrook High School. He was also the voice of the Blue Blazes for 35 years and announced all the football, basketball and soccer games.

Now Earl is in a wheelchair. He has multiple system atrophy or MSA. It’s a rare neurodegenerative disease. The type Earl has affects his balance, his coordination, and his speech, among other things. MSA is a progressive disease. It’s difficult to diagnose, the cause is unknown and there is no cure.

You can read more about Earl’s story in a previous blog post: Earl Cutter has MSA. You won’t see life the same again after you read his story.

Don’t leave yet, though. Let me tell you why Judy’s co-workers wanted to do the 5K and what will happen with the more than $8000 they raised. 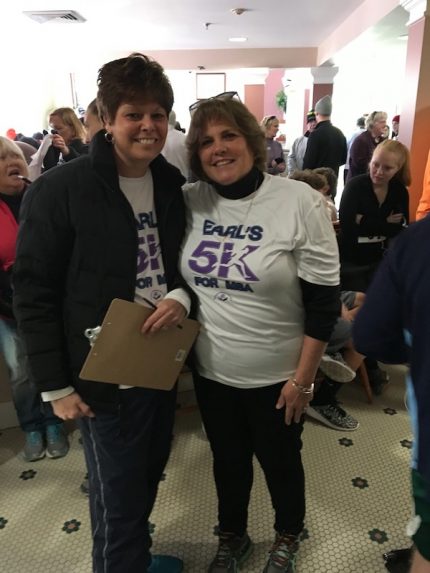 For the past 25 years, Judy has been the Admissions Director at Gorham House in Gorham, Maine. It’s like her other family. “We really felt that we wanted to support Judy and Earl and their family,” said Michelle Belhumeur, executive director of Gorham House. “We also wanted to raise awareness because a lot of people don’t know what MSA is. Also, Earl has been here twice for rehab so we’ve gotten to know him even better. He’s been doing well and we’re really proud of him.”

Judy was overwhelmed by the number of people who signed up and the amount of money that was raised. The money will go to the MSA Coalition and is earmarked for research. It may not help Earl, but it will certainly help other people down the road.

“It’s truly amazing,” Judy said. “Earl is just so loved by the community. We’re so, so grateful and Earl, what a day for him! Every week I’d come home and I’d bring the list and he’d look at it to see who had signed up. And to see even more people come today — it’s mind boggling.” 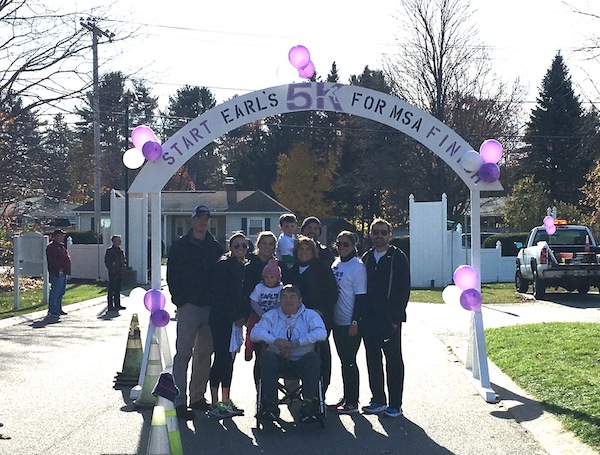 Earl’s whole family was there. 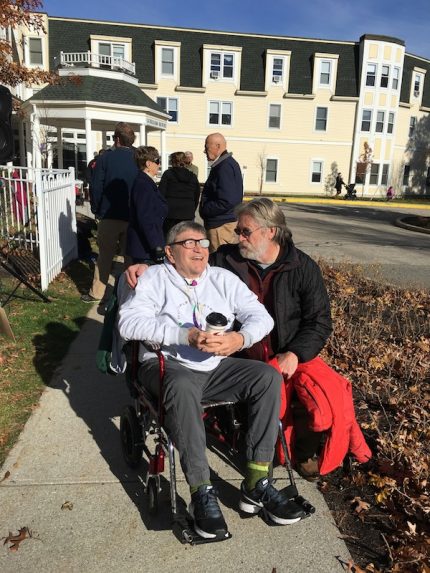 Old and new friends were there. 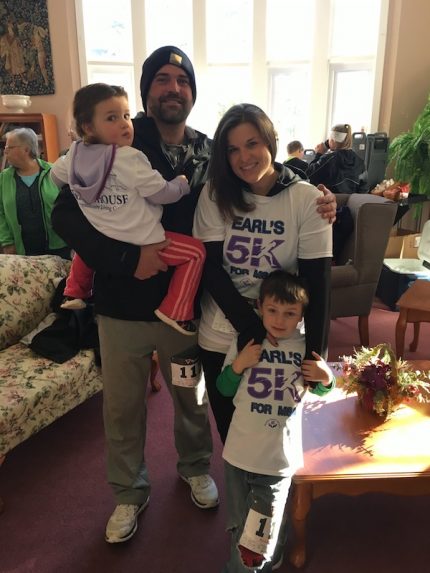 They all proudly wore Earl’s shirt.

Here’s why people said they came:

Amy Proctor I worked with Earl at home as his occupational therapist a couple of different times so I got to know the family pretty well. Earl completely inspired me. I actually just ran my fastest 5K ever, all the while thinking I’m giving it all I’ve got because that’s what Earl does. I adore Earl and I hope this continues every year.

Jerry Sands, an old friend I’m doing this for Earl. He meant a lot to us growing up. Our kids grew up together. We coached together in Little League and Babe Ruth. He’s just a great guy.

Tyler Cary, friend of Earl’s son Drew I ran because it’s a great cause and I know that Earl’s a great guy. It’s really awesome to be here.

Joe Doane, former student of Earl’s. I ran today because I had Earl for French at Westbrook High School. I love Earl. He’s a great teacher. He was known as Special K. My friend and I gave him the nickname and it stuck. He was special and still is. He’s a great guy. 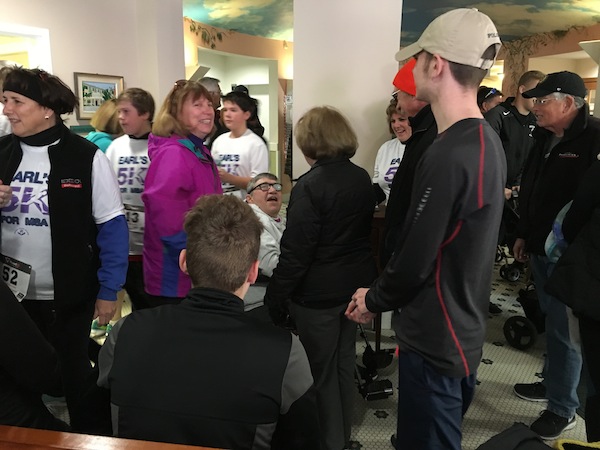 He IS a great guy, says Judy. “It’s his attitude,” she explained. “He’s so positive. He thanks me every night. His speaking valve is off at night so he mouths to me, ‘thank you for today, I love you.’ It breaks my heart every night. He’s just the best. He could be so angry and he’s not.”