When You Have Alzheimer’s, Getting Your Hair Washed Can Take on a Whole New Meaning

As far back as I can remember, my mother always curled her hair. Way back, it was pin curls. Who remembers pin curls? Then she switched to rollers. Before she went anywhere, she had to “put her hair up.” Here she is about 20 years ago, in her mid-60s. 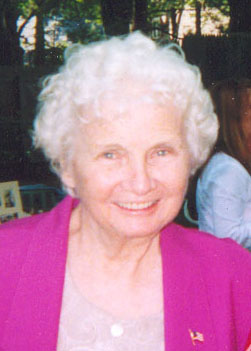 About 10 years ago, she decided she was tired of the hassle and proclaimed that she was no longer going to curl her hair. From then on, we’d have to get used to her with straight hair. We did, and she enjoyed all the extra time she suddenly had. 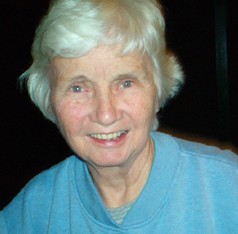 Even though she never bothered to curl her hair again, my mother was still fastidious about keeping it clean — her habit was to wash it in the kitchen sink. Not too long ago though, we began to notice that she sometimes looked disheveled. She has been diagnosed with Alzheimer’s disease, and even though we expected that she might become lax with her grooming, it is so disheartening to see it happening.

No longer washing her hair

It slowly became obvious that she was not washing her hair regularly. When we asked her about it, she would first insist that she had washed it in the shower just that morning — or was it the other day? She couldn’t recall.

With a lot of help from caregivers and family members, my mother is still able to live at home. Every few months, someone would take her to the hairdresser to get a hair cut. One of her caregivers suggested that maybe we could make a weekly appointment. That would ensure that at least once a week her hair would be washed and it might also be a very pleasurable experience.

A happy trip to the hairdresser

My mother has been going to the same hairdresser, Claudette Deroche, for years. I decided to take her for a cut and talk to Claudette about weekly appointments. On our way, I became aware of several things — all with a common theme.

Did you notice the pattern? My mother was happy about everything.

When we arrived, she and Claudette greeted each other like the longtime friends they are and she settled into the chair. As her hair was being washed, she drifted off into a meditative trance. 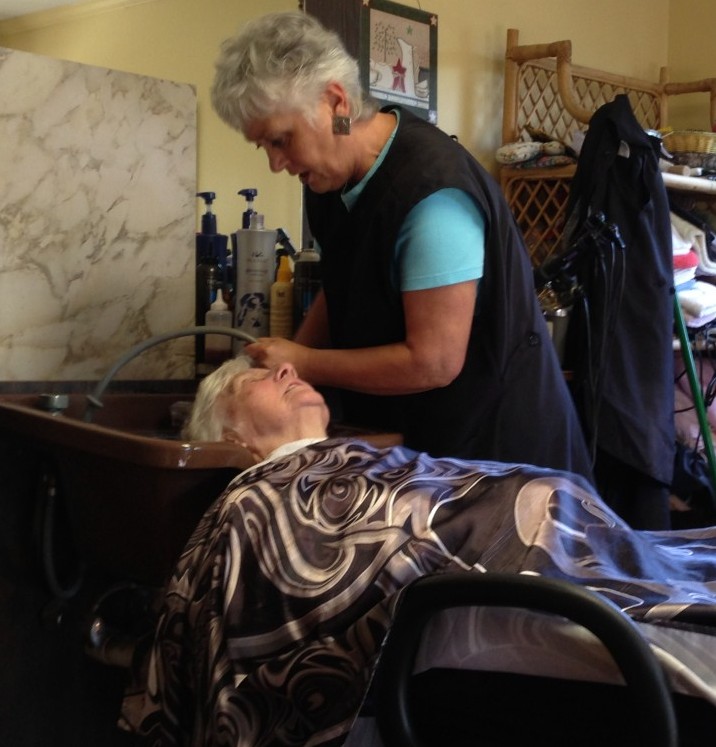 Brushing and blow drying also put her into a trance. 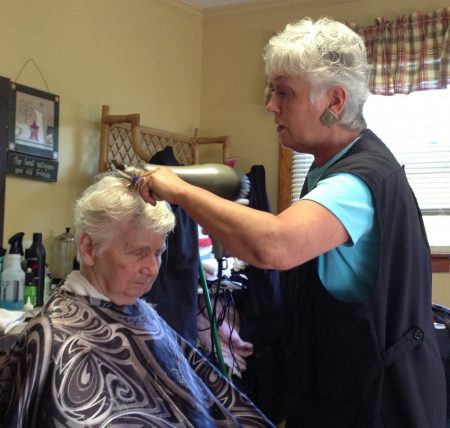 I almost forgot to tell you how much my mother loves having her hair brushed. Growing up, she would sometimes bribe us kids to sit on the back of the couch with our legs hanging over her shoulders and brush her hair. 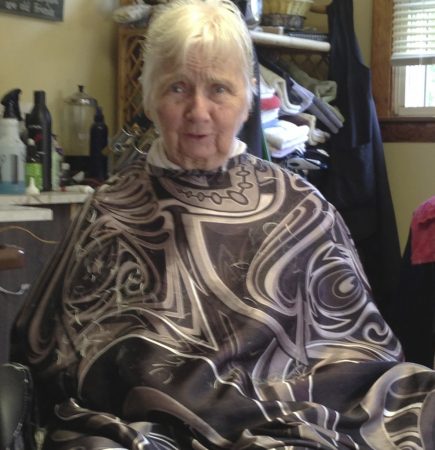 It’s true Mom. Don’t try to deny it. You used to bribe us to brush your hair.

I’ve written about this before, but I think it bears repeating. Even though people with Alzheimer’s disease lose their cognitive memories, they are able to hang on to emotional memories. Visiting Claudette — getting her hair washed, dried, and brushed — is an extremely pleasurable experience for my mother. She may not remember that she had an appointment, but she always remembers the experience. I am grateful to her caregiver for making the suggestion and also for taking her to her now weekly appointments.

The time may come when my mother can no longer make the trip, but for now, it’s working. That’s what is important when you are caring for someone with dementia. You need to figure out what works best for your situation AND, when possible, don’t be afraid to ask for help. All in all, it might make everybody happy. 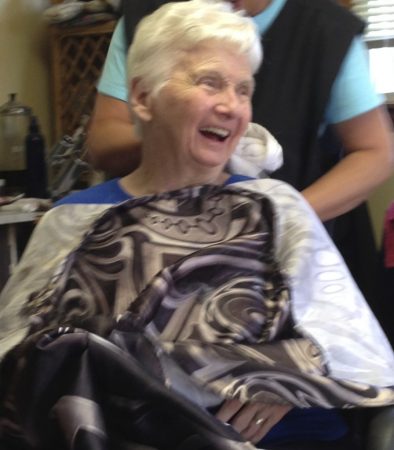