100+ Women in Southern Maine are rocking the world 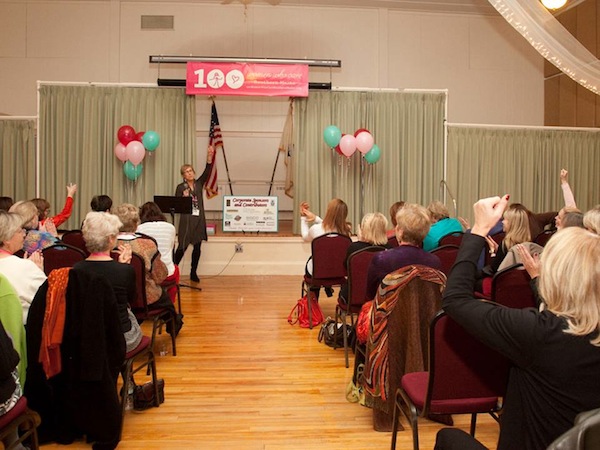 When Deb Bergeron founded the group 100+ Women Who Care Southern Maine, she hoped she’d get at least 100 women to join. Eighty attended the inaugural meeting in November 2014. Today, there are nearly 200 members.

The women meet four times a year at the Woodfords Club in Portland. They socialize and network and then decide which local charity or non-profit they want to support that quarter. When Deb, who is a certified personal and professional coach, first heard of 100+ Women, she knew the concept would work in Maine.

“Knowing how difficult it is for local non-profits to raise the funds required to carry on their work,” she explained, “and how easily even the best volunteer’s intentions can be thwarted by today’s busy schedules, 100+ Women Who Care seemed to be the perfect solution. I decided to organize a chapter of 100+ Women Who Care in Southern Maine so that we can have a transformative impact here in our own backyard.”

Here’s how it works. All members are invited to nominate a particular organization and at each meeting, three names are drawn from a box. At the first meeting, the names were The Root Cellar, Simple Gifts, and the American Heart Association. The nominators each gave a five-minute presentation on the merits of their chosen organization and then everybody cast their votes. 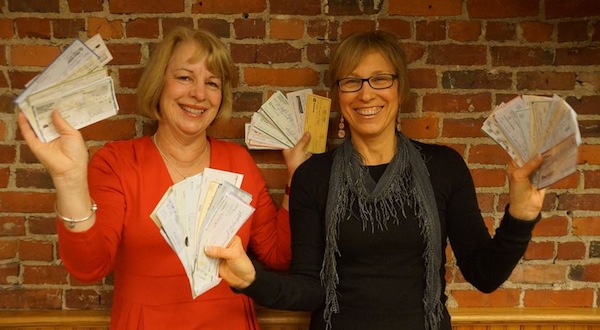 The majority chose Simple Gifts, which offers financial support (gas or grocery cards or gift certificates) to people in the hospital or experiencing a medical crisis. The gift it received from 100+ Women was a $50 check from each member, plus some additional checks from non-members. The grand total was $4775.

Since that first meeting, the group has supported seven organizations in all:

You can see a list of all nominated organizations on the 100+ Women Who Care Southern Maine website. 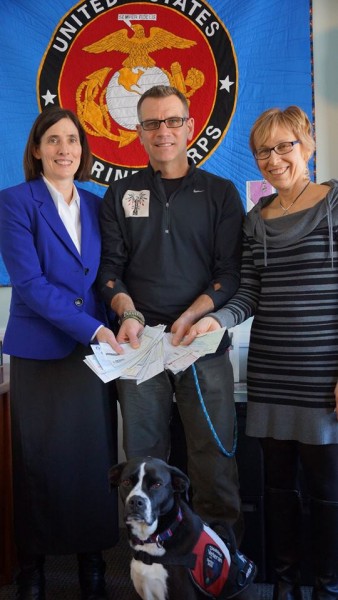 Barbara Bonetti nominated One Warrior Won, which provides PTSD service dogs to veterans. She says she was moved when she heard founder Rich Brewer speak at an event. He’s a Marine Corps combat veteran who attempted suicide because of PTSD.

“This organization is near and dear to me because I have a son in law who was in the military and my son is currently in the military,” Barbara told me. “

[Rich] talked about the dog that saved his life. It was trained to recognize the symptoms of post-traumatic stress and helped to change his direction when he was having problems. He wanted to be able to give that to other returning veterans. I just felt what a powerful thing to do and because of that military connection to me, I wanted to do whatever I could to help.”

Barbara was “dancing on the clouds” when One Warrior Won was chosen. 100+ Women raised $6225 for the organization.

“One woman can make a difference, but together we can rock the world.”

If you’d like to join 100+ Women Who Care Southern Maine and help rock the world, go to the 100+Women Who Care website and fill out membership and nomination forms or contact Deb Bergeron by email or phone 207-797-9007.