What is the Mediterranean Diet and Does it Really Lower Your Risk of Heart Disease?

You’ve just found out that your cholesterol is too high, putting you at risk for developing heart disease and having a heart attack. Your doctor said you may need to go on a cholesterol-lowering medication, but suggested you try changing your diet first. You’re totally confused about what to do next. You don’t even know for sure what foods to eat or to avoid. The most recent research says your best choice is the Mediterranean diet. 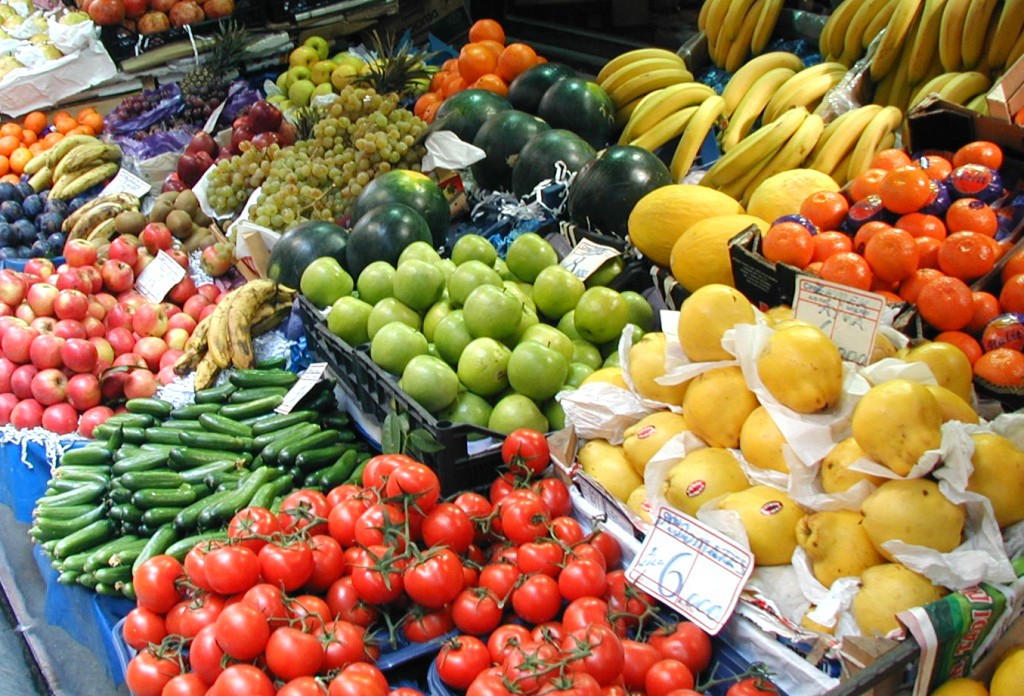 In a study published last April, 7447 men and women who were at high risk of developing heart disease, but did not have any heart problems, were followed for an average of five years.

Study participants were randomly assigned to one of three diets:

In the two groups that ate the Mediterranean diet, the risk of a heart attack, stroke or death from heart disease was reduced by 30%. That’s big news says Dr. Mary Fahrenbach, a cardiologist with MaineHealth Cardiology. “It’s been shown to reduce deaths from cardiovascular disease, which is a big deal, she says. “It was previously hard to demonstrate. People have to like the diet they’re going to stick with and that’s more good news about the Mediterranean diet. I think it can be a palatable diet for most people and be very sustainable.”

What’s in a Mediterranean diet?

We first started hearing about the Mediterranean diet in the 1990s, although health experts had recognized its benefits decades earlier. It follows the eating patterns of people living in Crete, Greece, southern Italy and southern Italy. If you’d like to delve more deeply into its history, read The Mediterranean Diet: A History of Health.

The Mediterranean diet is not really a diet, but more of a recommendation or model of healthy food choices.

In 1993, the Harvard School of Public Health, the European Office of the World Health Organization and Oldways, a Boston-based non-profit organization, introduced the classic Mediterranean diet at a conference in Cambridge, MA. They also introduced the Mediterranean Diet Pyramid. Here’s the most recent version. (Notice the base of the pyramid. What you eat is important, but so is being physically active and enjoying the company of others.) 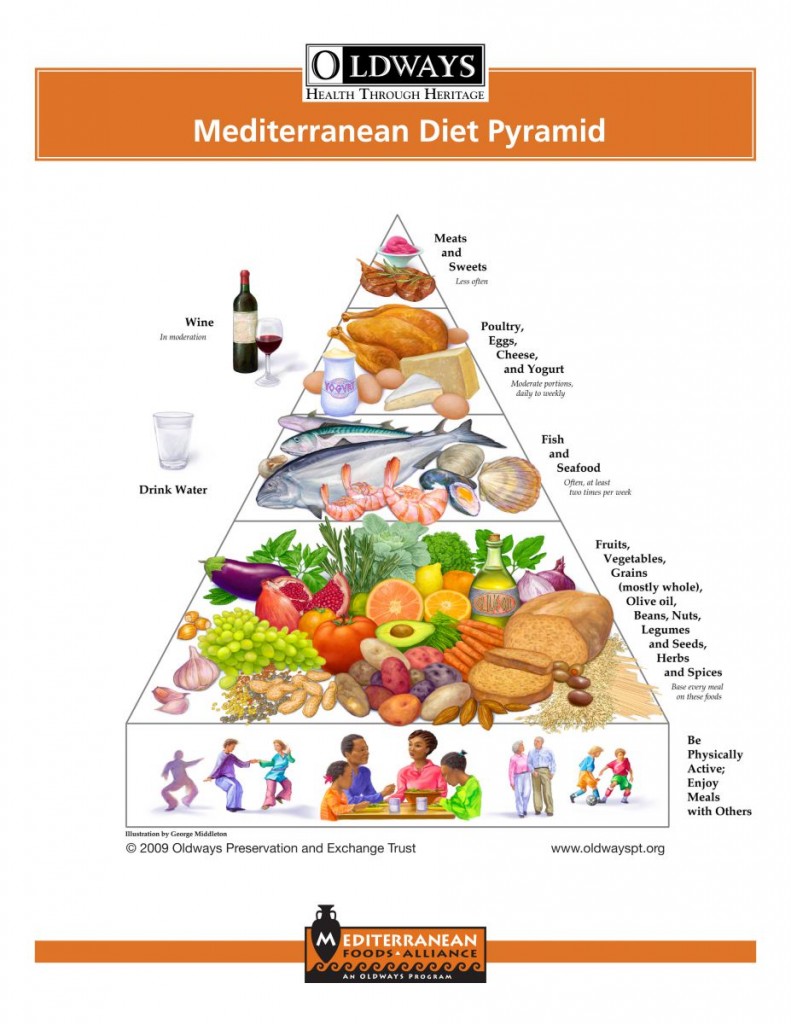 Dr. Fahrenbach encourages some of her patients to see a dietician to get a true picture of what they’re eating. “A one-on-one nutritional consult is a good thing to do,” she says.”Sometimes people have to do a formal food diary and write down exactly what they’re eating. They may have a cup of coffee — with sugar and milk. They may not even count that, assuming it’s a free food. You have to look at everything you’re eating. The calories really do add up, and it can be helpful.”

On a personal note, a few years ago my total cholesterol was a bit high and although other people were concerned, I wasn’t. I decided to see a cardiologist for a more thorough workup that included a stress test and a close look at all of my heart disease risk factors. If you’re curious about your risk, The American Heart Association has an online heart attack risk assessment. It turns out that even though my total cholesterol was considered high, my risk was low because I had a lot of good cholesterol, usually ate a Mediterranean-style diet and did great on the stress test.

One question that Dr. Fahrenbach gets a lot is why people with normal cholesterol levels develop heart disease and have heart attacks. “We could argue that a lot of these people also smoke or have diabetes,” she says. “There may also be nuances about the LDL cholesterol particles that are not measured in the standard test, such as size and density and markers of vascular inflammation  — the c-reactive protein. Hopefully, there’ll be additional risk factor tests that can be done that might help us home in on people with “acceptable” cholesterol levels who may go on to have a heart attack. That continues to be a frustration.”

Feeling motivated to change your diet?

If you’re feeling motivated and want to try lowering your heart disease risk by eating a Mediterranean diet, I’ll help you get started with what seems like a delicious and easy to make recipe.

Tortillas are so versatile! Be sure to try both traditional corn tortillas and whole wheat tortillas, as well as any others that catch your fancy. Serve these as a starter by themselves, or with a side salad for a complete meal.