How one family battles its life-threatening destiny

Sixty years ago, at the tender age of 29, Audrey Wade died of “abdominal” cancer. 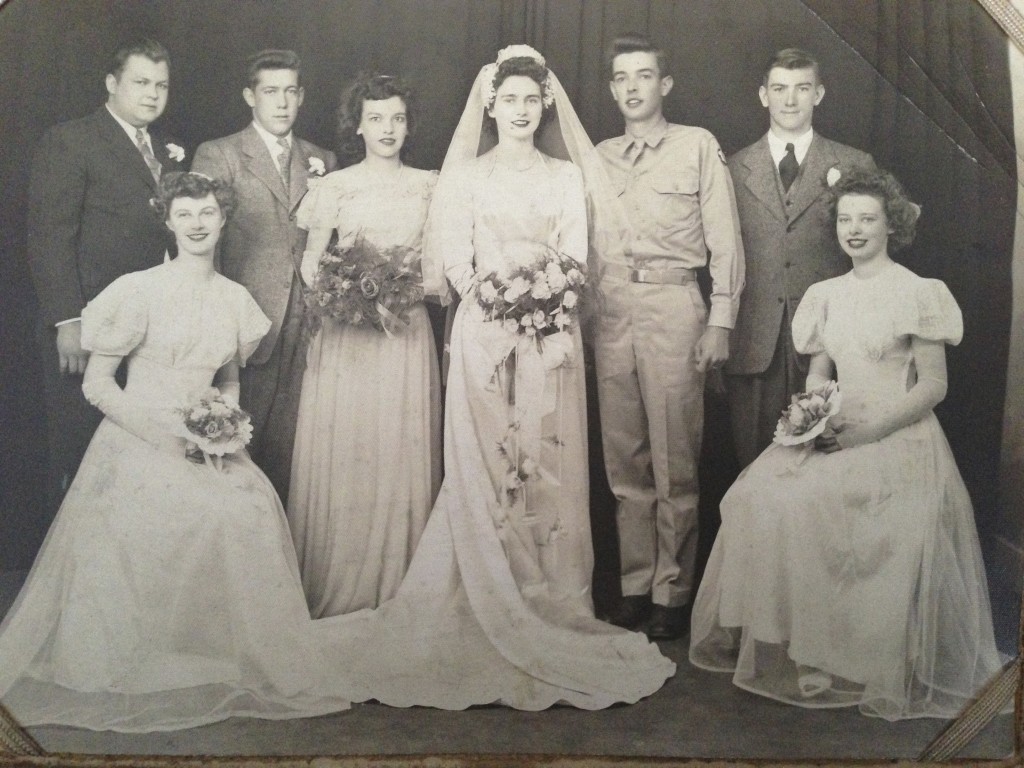 My parents’ wedding party. Audrey is maid of honor.

On a personal note, Audrey was my mother’s best friend growing up and maid of honor when she and my father married. She was also my godmother. My mother still recalls — vividly — when she got the call that Audrey was gone — mere months after her own wedding.

As the story goes, she had surgery because of abdominal pain and her belly was full of cancer. There was nothing that could be done. The family never knew exactly where the cancer had started. Since then, a chain of Audrey’s relatives, some older, some younger than she was, have also dealt with cancer.

Audrey’s niece Holly Gillingham, who is in her late 40s, never knew her Aunt Audrey, but every day, she must deal with her unexpected legacy.

The family talked about their cancer history and Holly had even mentioned it to doctors in the past. The response, she says, was usually, ‘Wow, you have a lot of cancer in the family.’ Nobody ever put two and two together.”

The dots were finally connected about three years ago. Holly and Elaine’s mother had breast cancer and Elaine thought that because she had ovarian cancer, the family might carry BRCA, the BReast CAncer susceptibility gene. There are two BRCA genes and changes in either can increase the risk of breast, ovarian and other cancers at a young age.

Elaine decided to go for genetic counseling and testing. Holly had recently connected with the cousin who had survived colon and ovarian cancer and asked her what she knew about genetic testing. The cousin told her she had Lynch Syndrome.

Holly was stunned because the more she learned, the more she realized that Lynch Syndrome described her family.

What is Lynch Syndrome?

Lynch Syndrome is an inherited disorder caused by a genetic mutation. It is responsible for about three percent of all colorectal cancers and in women, from two to five percent of all endometrial cancers. It also increases the risk of other cancers, including stomach, small intestine, pancreas, prostate, liver, kidney and upper urinary tract, brain, gallbladder and in women, ovarian cancer.

Holly told her sister Elaine who shared the new information with the genetic counselor. They were both tested and the results were positive. Elaine and Holly carried a mutated gene that caused Lynch Syndrome. (They didn’t carry the BRCA gene.) 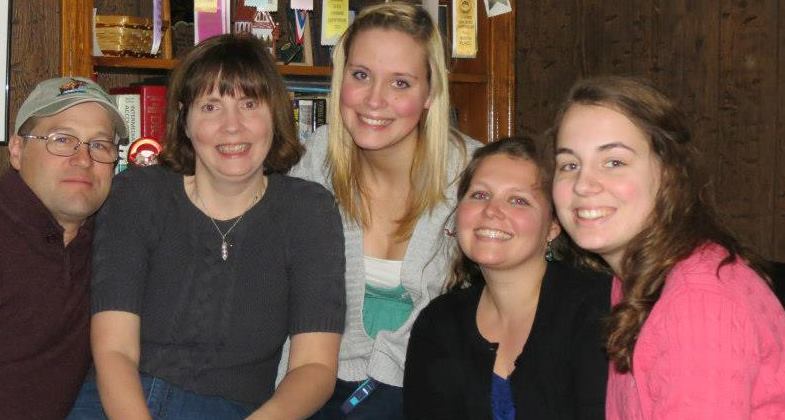 Holly and her husband and three daughters

“I never thought in my wildest dreams that I had it,” says Holly. “I thought my sister might, but I was in my mid-40s and healthy. My three daughters were also tested. My youngest one doesn’t have it, but my oldest and middle daughters both have the gene. It happened so fast. It went from not even knowing to full blown.”

The daughters who carry the gene — both in their 20s — had colonoscopies. One had a precancerous polyp. “If we hadn’t found out,” says Holly, “I can’t even think about what may have happened. We’re thankful we know, that’s for sure.”

According to Lynch Syndrome International:

“During their lifetimes, people with Lynch Syndrome have an 85 percent risk of developing colon cancer. They are also more apt to be diagnosed at an earlier age —  on average, age 45 versus 63 in the general population.”

The child of someone with Lynch Syndrome has a 50-50 chance of carrying a mutated gene. As in Holly’s family, other blood relatives — grandparents, aunts, uncles and nieces and nephews are also at increased risk of carrying the mutation.

If your family has a history of colon or other cancers you should discuss it with your doctor to determine if you should consider genetic testing.

Other factors that may be important include:

Genetic testing consists of analyzing a blood sample and looking at the specific genes that can have mutations that cause Lynch Syndrome. (The testing may or may not be covered by insurance.) A tumor that has been removed may also be tested to see if it was caused by a gene related to Lynch Syndrome.

If the genetic test is positive, it doesn’t mean you’ll get cancer, but that you’re at increased risk. Your doctor or genetic counselor can help determine your personal risk and develop a screening and prevention strategy. 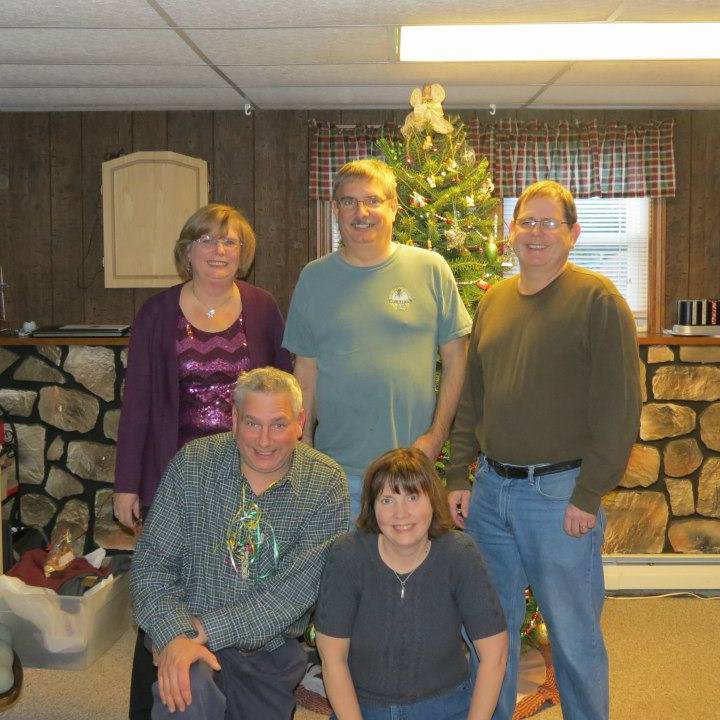 Holly and her siblings.
Elaine is in the top row and Holly in the bottom.

Holly and Elaine have three brothers. Two have chosen not to be tested, but are proactive regarding regular screenings. The third brother enrolled in a family study conducted by the Mayo Clinic was conducting and found out that he, too, has Lynch Syndrome.

When Holly got her test results back, she says, “I bawled my eyes out. All you think about is you passed this on, but I didn’t have any control over it. I know my father wouldn’t have wanted us to have to go through all of this, but it’s not his fault either.”

She quickly wiped her tears and set out to educate herself. “I work with Lynch Syndrome International and try to learn as much about it as I can about prevention, what I need to do, what my kids need to do. It’s hard,” she admits, “but I just have to put a positive spin on it because if not, it would probably drive me crazy.”

Holly’s advice to the rest of us: Know your family’s medical history. If you have a concern, be proactive. Talk to your doctor. Ask about genetic testing. If Lynch Syndrome is in your family, make sure your relatives know so they can also be armed with the knowledge. It could save their lives.